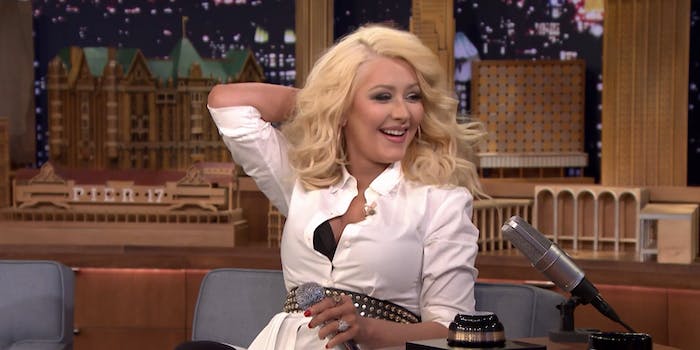 Nobody could've expected this amount of perfection.

In this game of impersonations, Christina Aguilera is in perfect harmony with her assigned artist.

She and Jimmy Fallon had already done their best takes on a couple artists when the “musical impressions generator” landed on Britney Spears, who was a fellow Mouseketeer and at one point Aguilera’s musical rival. It’s apparently something Fallon “always wanted,” so if the generator got rigged just a little bit to make that happen it probably wouldn’t be all that surprising.

But to her credit, she pulled it off in spectacular fashion. And as Aguilera is wont to do, she left the audience to pick up their jaws on the floor.

Correction 11:45am CT: An earlier version of this article’s headline had an extra letter in Christina Aguilera’s surname.