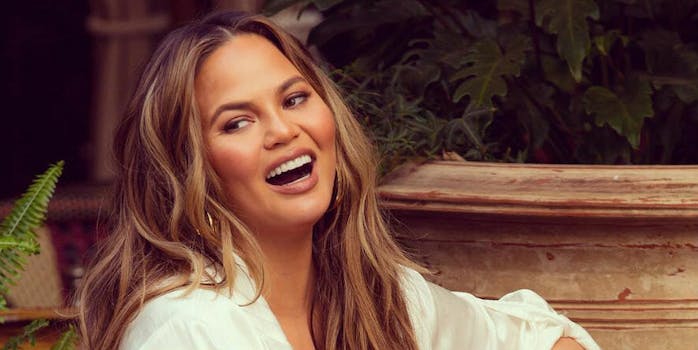 She even posted a helpful video of herself pronouncing her last name,

I’ll admit, I’d been saying “tay-gen” for years when referencing internet queen and model Chrissy Teigen. Some of my peers may have stumbled into “tee-gen,” but come on, it’s clearly tay-gen, right? Turns out we’ve all been living a lie, and Teigen has probably put up with years of last-name butchering like the saint she is.

Teigen’s admission came after some Twitter users shared a clip of two radio hosts discussing how they had been mispronouncing Ariana Grande’s name wrong all this time, with one user referencing how badly society has botched Teigen’s.

“Word,” Teigen tweeted this weekend. “Gave up a long time ago. Last name is tie-gen, not tee-gen.”

She even posted a helpful video of herself pronouncing her last name, with confirmation from her mother echoing across the room.

Teigen also admitted that she had begun instinctually adopting the mispronunciation of her name after being worn down over the years.

I know. I even correct people when they say it correctly. it’s all v effed up https://t.co/aJkweIiL7H

Clearly, the mispronunciation has taken its toll on her. “I don’t correct people, ever. They can call me Janet and I won’t,” she added.

I don’t correct people, ever. They can call me Janet and I won’t. Wrong order? I’ll eat it. Taxi going to the wrong airport? I’ll change my flight. https://t.co/eSZDvKRaRK

In my experience the human brain collapses under the strain of processing a last name that starts with i.

If you need more Chrissy Tie-gen in your life, you can try out her new Blue Apron line of recipes and eat your food rather than your words. She hasn’t been resting on her laurels one bit, either, with calls to send aid to victims of the Indonesian earthquake, calls for us all to stop praising her “epic clapbacks,” and even speaking at a Families Belong Together rally in early July while holding her infant son in her arms.