Less than 24 hours after Justin Bieber’s butt started making the (ahem) rounds on Instagram, Chrissy Teigen has contributed a nude shot of her own: this time of a man who appears to be her husband, John Legend. 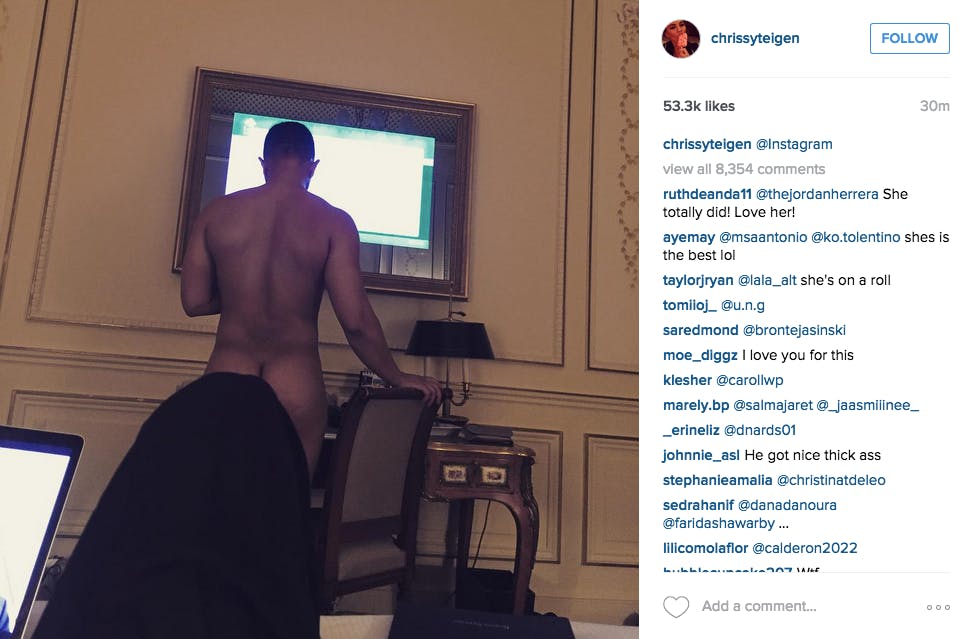 Teigen has a long history of posting nude photos on the app, culminating in a series of posts last week of herself topless, with one nipple exposed. Instagram—which explicitly bans nudity, including “sexual intercourse, genitals, and close-ups of fully-nude buttocks”—promptly removed each of Teigen’s variations of the photo. (Instagram does make exceptions for post-mastectomy and breastfeeding photos, after much public outcry.) 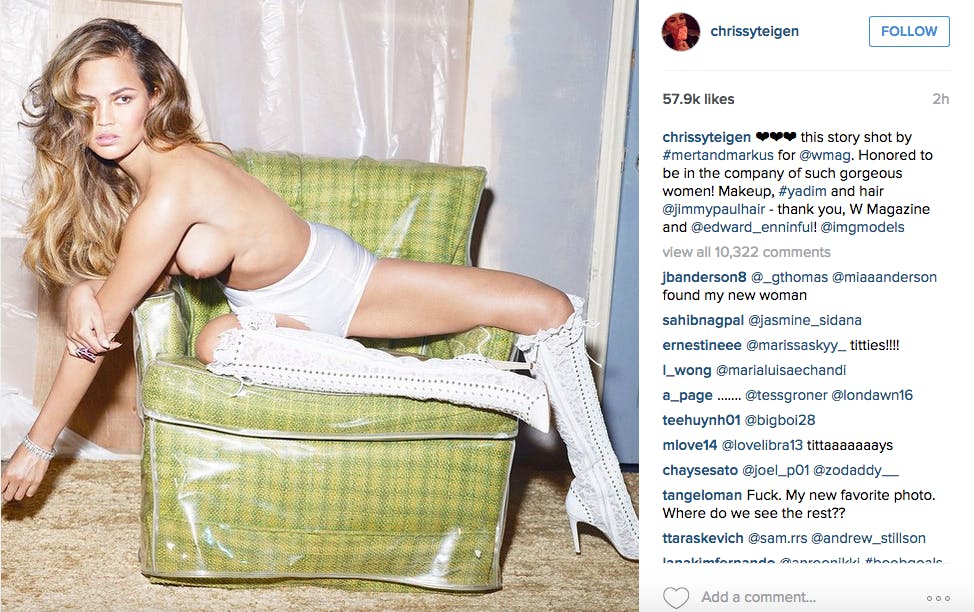 Meanwhile, Bieber’s photo of his fully exposed buttocks remains up on the site. (All three posts have been screencapped instead of embedded in this article in case of removal.) 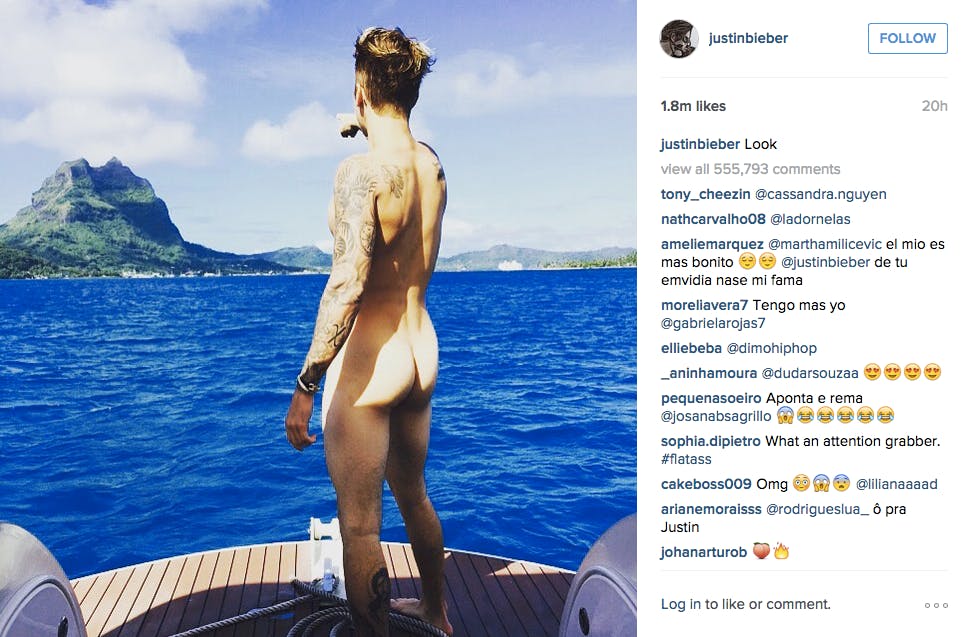 Teigen, for her part, seems to have recognized the apparent double standard; the former Sports Illustrated model tagged Instagram’s account in the comment on her post, seemingly to draw the administrators’ attention to the photo. She’s remained quiet on Twitter, however, where she previously promised the once-banned nipple “will be back.”

While Tiegen appears to have been motivated by the Bieber photo given the timing, she has not clarified whether it spurned her latest picture. The Daily Dot reached out to Instagram for comment on why Bieber’s photo was allowed to remain live; we will update if we hear back.