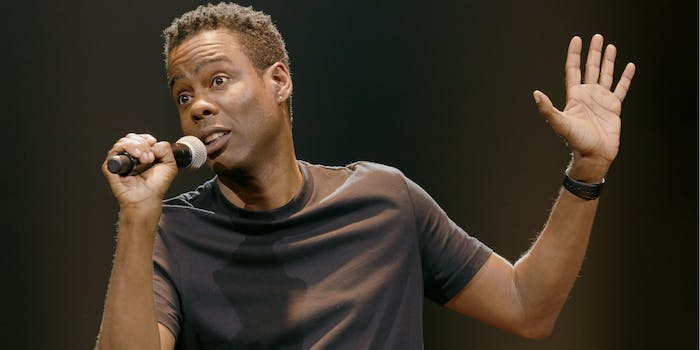 It's the comedian's first special in a decade.

Netflix is trying out another next-day delivery, this time with Chris Rock‘s first standup special in a decade.

The long-confirmed special, Tamborine, is the first of two Rock is releasing with Netflix, and it will debut on Feb. 14. Netflix has been teasing the special, sans Rock’s name, for a couple weeks, but on Tuesday morning the comedian confirmed it on Instagram.

It was announced in 2016 that Rock had secured two Netflix specials for $40 million. Tamborine is directed by fellow comedian Bo Burnham, who specializes in musical comedy, and it was filmed at New York City’s Brooklyn Academy of Music, so perhaps we’ll see Rock in a more performative mood.