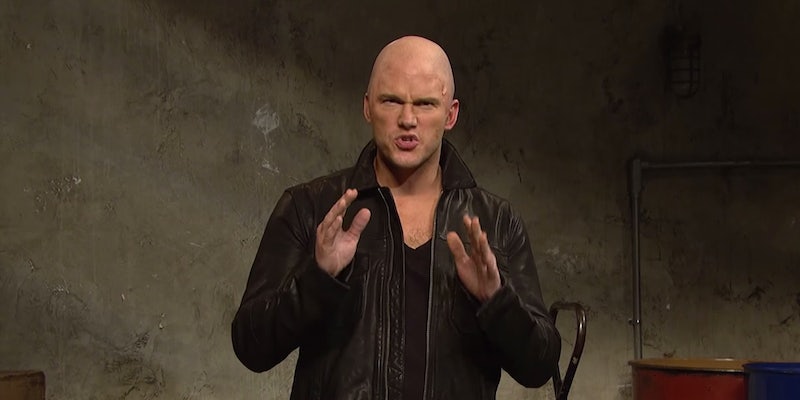 What in the world are Jason Steakums?

Chris Pratt is the epitome of gruff and coolness playing action star Jason Statham in a Saturday Night Live sketch that just came to light.

Many of Pratt’s sketches from his SNL hosting gig in September were cut before the show aired, whether due to time or the material not working during rehearsal. SNL typically releases cut sketches online while the show is on summer hiatus, which is why we get to see a fake commercial where Pratt tries to sell steak sandwiches as Statham.

Pratt, donning a bald cap and signature leather jacket, clearly tries to sell the bit, but there’s something that never quite clicks as he gets caught in a tongue twister with a sometimes intelligible accent.

Still, it’s kind of delightful to see him try, and we might be intrigued enough to actually buy Jason Statham’s Jason Steakums.