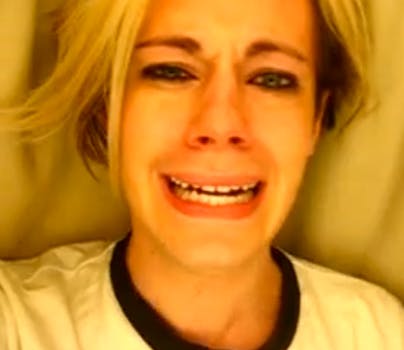 "I screwed myself on camera years ago," offered YouTube's Chris Crocker by way of explanation.

Remember Chris Crocker? The “Leave Britney Alone!” guy? The guy who got 44 million people to watch him hide underneath a blanket and wax emotional about Britney Spears’ custody battle and Perez Hilton’s journalistic ethics?

First, we should make clear that Chris Crocker never really went away. After the 2007 meltdown, he actually became quite the consistent character on YouTube. Today his channel boasts more than 358,000 subscribers, and his videos, which are usually personal vlogs that involve his mother or friends driving around Los Angeles, will generally attract around 35,000 views each time. He also released a documentary, Me @ the Zoo, which was picked up by HBO.

The report has it that Crocker and old beau Justin Goble will release their scene on Oct. 4. An X-rated trailer is currently available on the site. (Again, unconfirmed.)

“Don’t get me wrong: I am not painting an impossibly pretty picture for the sake of changing anyone’s minds. It IS difficult. I have to wonder about an array of things it will interfere with.”

He closed the post with a kicker for the ages.

He’s talking about “Leave Britney Alone,” guys. You get it? Go on and hit it, baby, one more time!