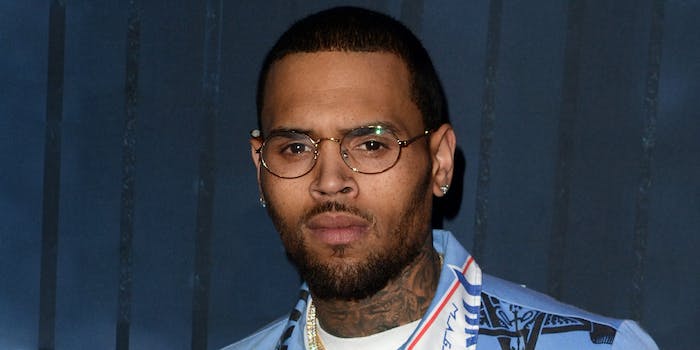 While attending a secretive house party with R&B superstar Chris Brown, a woman says she was raped twice by rapper Young Lo.

According to the woman, identified as Jane Doe and represented by Gloria Allred in a lawsuit filed on Wednesday, a nightclub meetup turned into an invite for an after-party on Feb. 23, 2017. Jane Doe says Brown passed out cocaine and took her phone because he didn’t want phones near his recording studio. Other women blocked her from exiting an upstairs bedroom during the party by placing a couch by the door, and she says she was forced to perform oral sex.

Jane Doe says the women instructed her to take off her clothes. She refused, and a female friend of Brown’s forced her to perform oral sex on Young Lo, real name Lowell Grissom Jr. This woman also sat on Jane Doe’s face while menstruating. Young Lo eventually isolated Jane Doe when she was allowed to leave the room and clean off her face. Doe says he raped her in Brown’s house. Later she followed Young Lo to call a cab and head home, and Jane Doe says he raped her again.

Her mom used a phone-tracking app to find her and the Los Angeles Police Department showed up at Brown’s house to perform a welfare check. They were refused entry, according to the lawsuit. After leaving his house, Jane Doe reported the incident to authorities and went to a rape treatment center. According to TMZ, the LAPD investigated the incident but couldn’t confirm that the sex was forced.

Allred told TMZ that Brown and attorney Mark Geragos were no-shows at the mediation and that Jane Doe was found “highly credible” during the process. “Be prepared Mark. We have our evidence and all that you appear to have is a statement that you and I mediated which is completely false,” she added.

Brown and Young Lo have yet to publicly address the lawsuit.