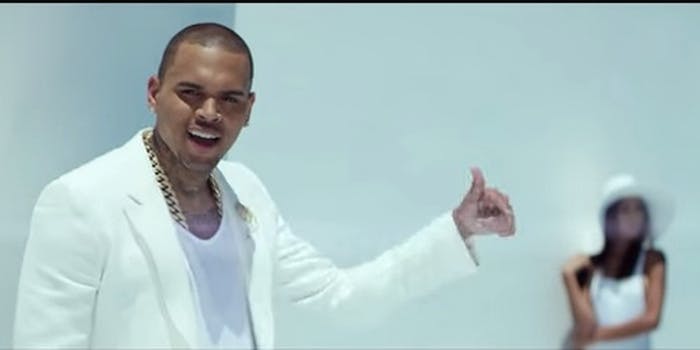 We now live in a world where Chris Brown might be a dad.

Fans and blogs were quick to try and verify the new information with amateur genealogy skills:

Do y'all see a resemblance? We need to see those #receipts . #ChrisWhereUAt

And of course, Twitter exploded at the mere possibility that Brown was indeed a dad. Most oddly, Vevo chimed in with supportive thoughts:

But wait! After a very public breakup last December, which involved threesomes, Drake, and a lot of back-and-forth on Instagram—Chris Brown and his on-again, off-again girlfriend Karrueche Tran were back together.

Tran held her public stance on their relationship by seemingly announcing on Twitter that she was leaving Brown and sort of confirming that TMZ’s report was true.

We are now living in a world in which Chris Brown might just be a father to a beautiful baby girl. Welp. After all of the jail time and violent incidents, maybe fatherhood is exactly what he needs.