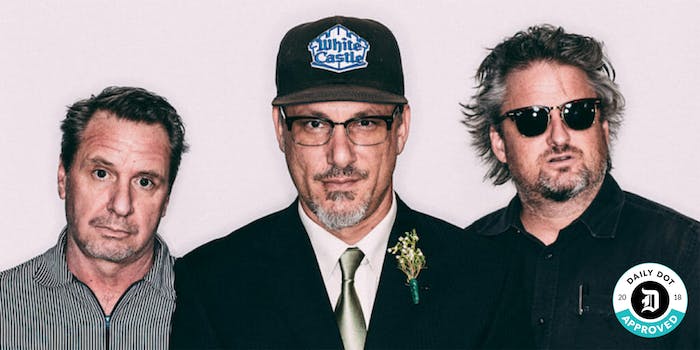 The album has been remastered and given a new cover, courtesy of singer/guitarist Kevin Whitley. In small print on the cover is a summation: “Reissue of the 1996 release that didn’t take the world by storm.” The track listing is mostly the same, though their cover of Blondie’s “Dreaming” now sits next to a speaker-throttling cover of Bow Wow Wow’s “I Want Candy.” Writing for Pitchfork in 2015, shortly after the band’s reformation, Andrew Earles called Short of Popular “a Singles Going Steady of noise rock.”

Though the band initially broke up in 1994, a devoted fandom continued online through the early aughts, and eventually, Cherubs reformed in 2014 to record a new album.

Short of Popular will be released on Oct. 12, via Sonic Surgery Records. The label encourages you to “Play it loud it will never be as loud as the actual band!”