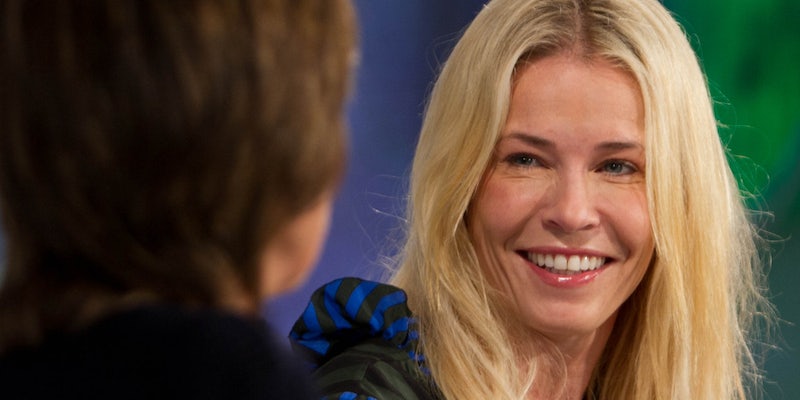 She's pushing the boundaries even further.

Warning: This article contains images that may be NSFW.

Chelsea Handler is once again testing the limits of Instagram’s anti-nudity policy by posting another topless photo.

Handler posted her latest topless photo to Instagram while vacationing in Israel. The image features the Star of David symbol and shows Handler sitting on top of a camel. The caption took care to point out that Muslims and Jews can get along even for something as simple as a photo.

Can you believe more than 2 ass can fit on the same screen? Guess which one's real. Your move, instagram.