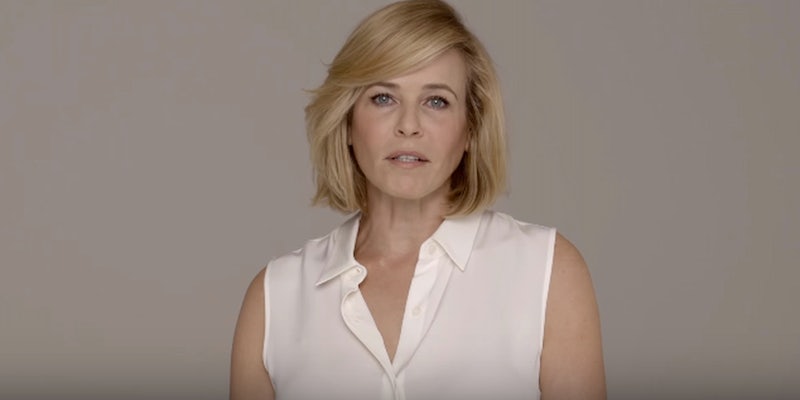 Each episode will tackle a different hot-button issue.

Chelsea Handler admittedly hasn’t “had a lot going on recently,” so she’s trying something new: a four-part documentary series for Netflix called Chelsea Does set to premiere in January.

The trailer suggests each episode will tackle a different topic: marriage, racism, Silicon Valley, and drugs

The official 2016 release date of Handler’s other Netflix project—a talk show—is still yet to be announced, but according to previous statements, it’s going to “cover current events and feature investigative reporting, a la 60 Minutes but ‘faster, quicker, cooler.'”

This docuseries might just be the perfect way to get America comfortable hearing from Handler in formats other than standup and celebrity news before her other show debuts.