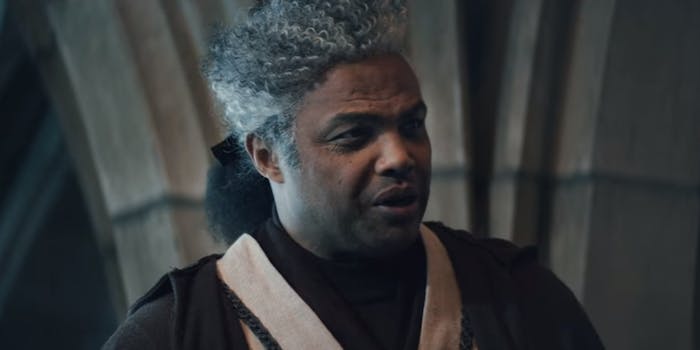 It was cut for time, but you can still watch it online.

On the most recent episode of Saturday Night Live, former NBA basketball player and current Inside the NBA host Charles Barkley hosted and was featured prominently in a number of sketches. But one that didn’t make the original show envisioned him as a Jedi master who doesn’t understand what anybody around him is saying.

Thankfully, the sketch is available to watch online as a digital short, so the sight of Barkley in Jedi robes has not been lost to history.

In the sketch, Barkley is clearly dumbfounded by the linguistic skills of his fellow travelers, complaining that they seem able to understand alien languages without even speaking them.

“How do y’all speak so many languages? This is crazy,” Barkley says. “These aliens are talking to you in their language, you answer them back in our language, everybody understands each other. It makes me feel stupid.”

Anyone who’s a fan either of Barkley, Star Wars, SNL, or any combination of the three can probably find something to enjoy here.