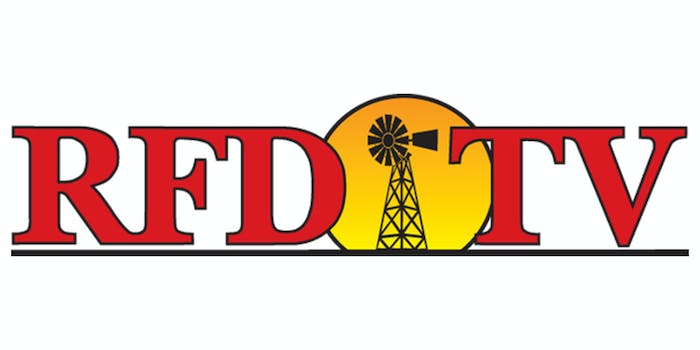 How to stream RFD-TV

Where to stream RFD-TV

Between the coasts, life moves a little slower. And while many consider it “flyover” country, there’s actually quite a lot going on in rural America. RFD-TV focuses on rural issues, concerns, and interests.

RFD-TV is the first 24-hour network devoted to agribusiness, equine raising, rural living, and just for good measure, some country music love. Shows like Rural Town Hall, U.S. Farm Report, and Rural Evening News keep even out of the loop city folk appraised on rural news. But there’s plenty of fun to be had on RFD-TV too. Shows like Debbe Dunning’s Dude Ranch Roundup, Larry’s Country Diner, and Little Britches Rodeo are more fun than 100 hoedowns.

Here’s everything you need to know to watch an RFD-TV live stream.

RFD-TV is available on a few of the major live TV streaming services. When trying to decide which one is best for you, you’ll want to weigh the cost, the other channels you’ll receive, and the compatible devices for streaming.

If you’re looking for a streamlined, cost-effective streaming package, check out Sling TV. It offers two basic cable packages, Sling Orange and Sling Blue, each of which costs $30 per month. There’s also the third option of getting Sling Orange + Blue for just $45 per month. You’ll get more Sling TV channels by choosing Sling Blue, with its 40 channels including sports favorites like FS1 and NBCSN and cable mainstays like Food Network and Discovery Channel. But Sling Orange brings must-haves Disney Channel and ESPN as part of its package. To gain access to RFD-TV, you’ll either need Sling Blue, Sling Orange, or Sling Orange + Blue along with the Heartland Extras channel suite. Sling also has a number of add-ons, including robust international packages organized by languages all over the globe.

If you’re already looking to AT&T for your wireless needs, you might consider AT&T TV Now to cover streaming for you. AT&T TV Now channels start with Plus and Max, which even include HBO. Then, AT&T plans expand from there, approaching cable selection and pricing with AT&T TV Now’s biggest packages. AT&T streaming also comes with Cloud DVR, letting you record up to 20 hours of TV per month. If you’re looking for RFD-TV get in at the AT&T TV Now Entertainment tier to stream it.