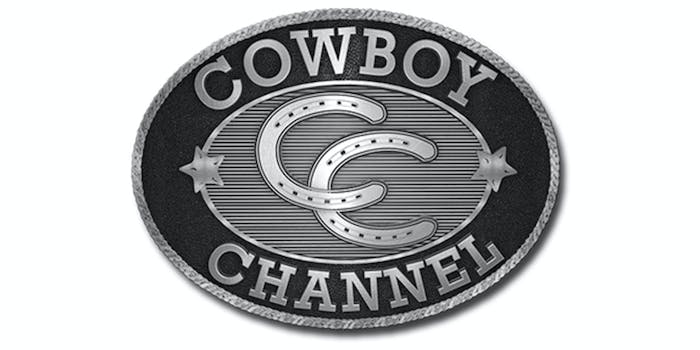 How to stream The Cowboy Channel

The best of the west.

In some parts of America, the west is in fact still quite wild, and cowboys still practice their trade on the plains, prairies, and valleys. Luckily, there’s a channel dedicated to this noble profession in The Cowboy Channel.

There are quite a few channels aimed at country western culture and lifestyle, but few ever go beyond ever highlighting real-life heroes of the west. The Cowboy Channel features actual cowboys, who wrangle cattle, herd sheep, and lasso bulls. It’s one of the only games in town if you’re looking to stream Western sporting events like the Calgary Stampede and the National Finals Rodeo.

Here’s everything you need to know to watch The Cowboy Channel live stream.

What is The Cowboy Channel?

The Cowboy Channel traces its origins all the way back to 1979, when it started as the National Christian Network. It was later acquired by the Rural Media Group and rebranded as Rural TV. After a brief stint as FamilyNet, the channel shifted focus in 2017 to its current iteration.

If you’re looking for a streamlined, cost-effective streaming package, check out Sling TV. It offers two basic cable packages, Sling Orange and Sling Blue, each of which costs $30 per month. There’s also the third option of getting Sling Orange + Blue for just $45 per month. You’ll get more Sling TV channels by choosing Sling Blue, with its 40 channels including sports favorites like FS1 and NBCSN and cable mainstays like Food Network and Discovery Channel. But Sling Orange brings must-haves Disney Channel and ESPN as part of its package. To gain access to The Cowboy Channel, you’ll either need Sling Blue, Sling Orange or Sling Orange + Blue along with the Heartland Extra channel suite. Sling also has a number of add-ons, including robust international packages organized by languages all over the globe.