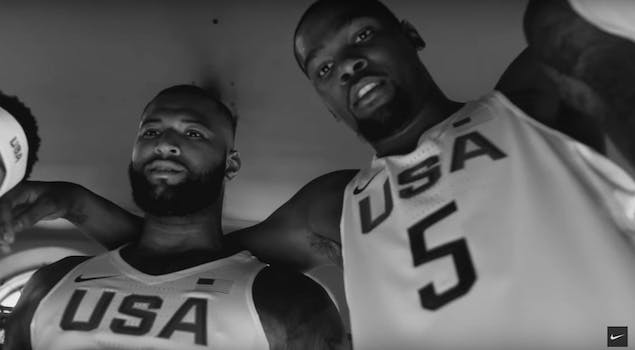 On Wednesday Chance the Rapper premiered his latest hit, a piano ballad titled “We the People,” in an Olympic-themed Nike ad.

Directed by Hiro Murai, the new song and accompanying video helps celebrate the men and women’s USA basketball teams that are competing in the 2016 Olympics.

People, people / We the people would like you to know / that wherever you go, we’re right by your side.

Athletes such as Kevin Durant, Carmelo Anthony, DeAndre Jordan, and Diana Tuarasi star in the commercial.

The song was made for Nike’s campaign, “Unlimited Together,” which aims to highlight “the strength of unity and power of team.”

“Chance is an artist who delivers an inspiring point of view through his music. He embodies the voice of a new generation, and we felt his level of authenticity around the subject of unity was a great fit for the film,” a spokesperson for Nike told Complex.