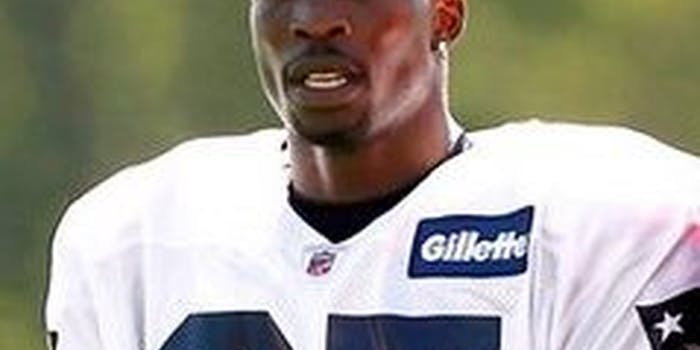 “Ok I can finally tweet again,what have I missed the past 2 weeks besides that fucking pass n Buffalo?Talk about bad timing,talk to me peeps?” Ochocinco tweeted last week.

The post set off an immediate backlash from fans, as well as the usual show of support. But Ochocinco, a wide receiver for the Patriots, offered few detailed explanations for his absence, which was reportedly the result of a lost bet to his fiance, “Basketball Wives” star Evelyn Lozada.

Ochocinco, who normally uses Twitter to share what music he’s been listening to, offer a running commentary on current events, or share his latest Starbucks order, has taken heat from fans since arriving in New England.

He has just 136 yards on nine catches in six games this seasons. In Sunday’s comeback win against Dallas Sunday, Ochocinco recorded no catches and was targeted only once by quarterback Tom Brady.

And fans wasted no time in lashing out at him once he returned last week.

“@ochocinco Get off twitter and start thinking about how to run the few routes ur gonna get againts Dallas,” Hector Salgado tweeted prior to Sunday’s game.

Ochocinco is well-known for his Twitter antics, including offering to give $20,000 to his 3 millionth follower (he’s currently at 2.8 million and counting, so there’s till time to get in on the contest), so the hiatus that started in late September stunned many followers.

Some speculated that the newest high-profile member of the Patriots had run afoul of Coach Bill Belichick or had gotten flack after getting in a public spat with revered former Patriots linebacker Tedy Bruschi, who said Ochocinco’s Twitter antics were fan-like. Others said he didn’t want to face fans after a lackluster performance in the Patriots’ lone loss this season to Buffalo.

“@ochocinco had respect for this dude till I checked his TL….after buffalo game took a 21 day break from Twitter. #TinMan,” @JBird258 tweeted last week.

The speculation, was wrong, however. Ochocinco’s hiatus was reportedly the penalty for losing a bet to his fiance. Details of the bet remain murky. And while some fans have voice support on Twitter for both Ochocinco and Lozada, most tweets over the weekend of the Dallas game trended towards negative.

“@ochocinco do u know how often your teammates are updating their Twitter page? Never because all they do is eat, sleep and play football,” Larry Hoover tweeted.

“@ochocinco You say we twitter peeps is family? Well bro, buckle up and catch some ballz yo. You ain’t producing, so get to steppin,” Jared Walther added.