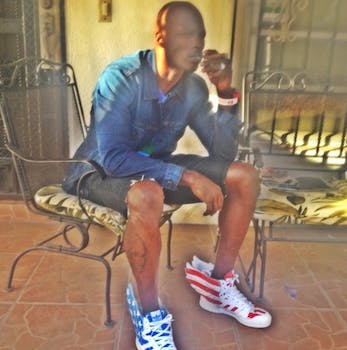 But. as we found out on Twitter today, his mom thinks gran should be allowed to "get her rock on."

The ex-Cincinnati Bengals wide receiver, formerly known as Chad Ochocinco, tweeted his displeasure Tuesday that his grandmother was reading the notoriously racy novel on her porch when he visited with his kids.

Johnson’s mother, Paula, who goes by @85mom on Twitter, was one of the many who weighed in to tell the 34-year-old to leave his grandmother alone, with an amazing response to his tweets.

Paula Johnson later clarified to one of her Twitter followers that she meant “rocking chair not ‘rocks’ keep a clean head dirty bird.”