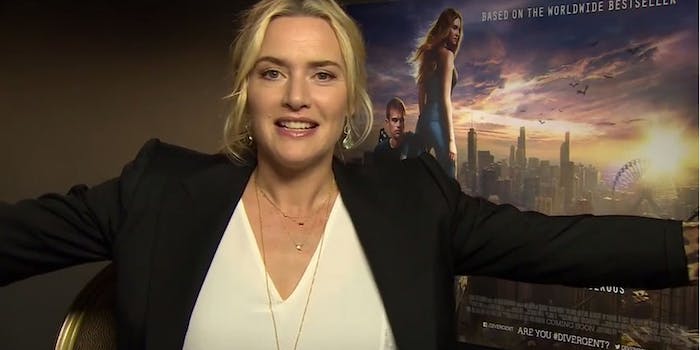 Fiancée gets wedding surprise of a lifetime from dozens of celebs

This certainly beats an espresso maker.

It’s not uncommon for those who can’t make it to weddings to send their best thoughts via video message—even if those people are not extended family members but rather the likes of Hugh Jackman, Kate Winslet, and even the Muppets.

Sky News reporter Joe Michalczuk decided to compile a YouTube reel of rather notable celebrities wishing him and his fiancée Jenny a very happy life together. This certainly beats an espresso maker.

There’s no word on whether or not Jackman, Winslet, and Miss Piggy are on call for when Jenny and Joe give birth to their first child.