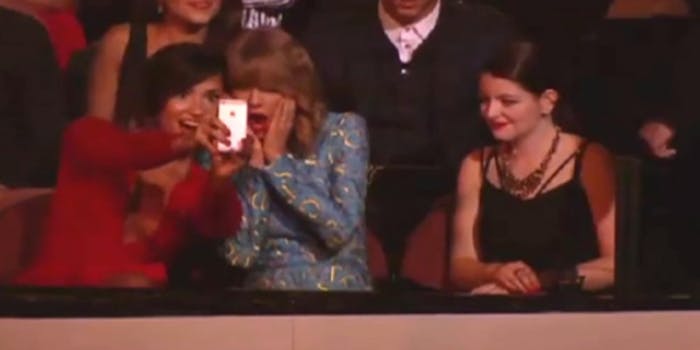 Phones rule everything around them.

While everyone’s talking about Queen Bey and Blue Ivy’s performance, there was another star at last night’s MTV Video Music Awards: phones. And celebs couldn’t take their eyes off them.

Thanks to MTV’s audience cams, nearly every moment of the show was broadcast to the world, so Rolling Stone helpfully compiled this supercut of every star caught looking at his or her phone during the awards. They did it in the audience, they did it in the green room. Taylor Swift took a bunch of selfies. Katy Perry took a photo of Jennifer Lopez’s butt.

Riff Raff seemed to be the only one not looking at his—oh wait, nevermind.