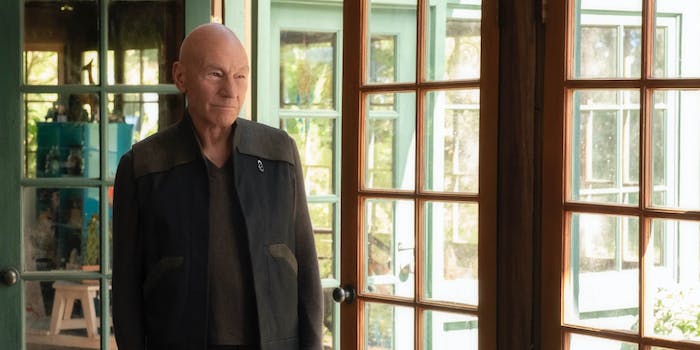 You can binge the entirety of ‘Star Trek: Picard’ for free on CBS All Access

The offer is good until April 23.

Ahead of Picard’s season 1 finale, which is set to drop on CBS All Access on Thursday, Patrick Stewart revealed that anyone in the U.S. can access the entirety of Star Trek: Picard on CBS for free from now until April 23 by using the code “GIFT.”

Star Trek: Picard started streaming in late January and is the latest nostalgic-induced revival to debut on a streaming service. But unlike many of those revivals, Picard has offered a new story that doesn’t just rely on the classic hits and reappearances from legacy cast members of Star Trek: The Next Generation. And with the free trial, you’ll be more than ready for season 2 whenever that drops.

And for some, it might be the right show to convince you to stick with CBS All Access, with other series like Star Trek: Discovery, The Twilight Zone, and The Good Fight among some of CBS All Access’ other exclusive series to stream afterward. With much of the country on lockdown, we have plenty of time to get started.