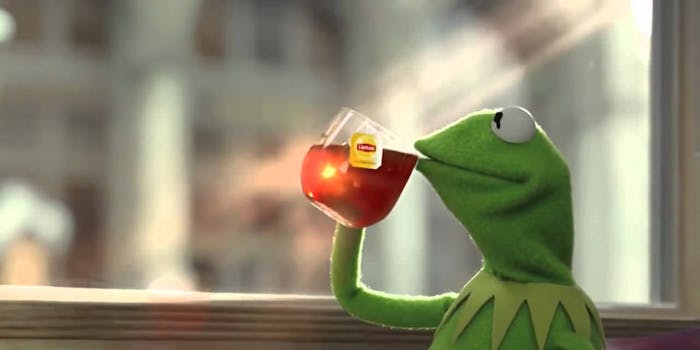 Reynolds controversy continues to grow as he's removed from his hotel room.

Vine star Carter Reynolds was barred from attending VidCon on Friday, and kicked out of his room in the Hilton across the street from the Anaheim Convention Center. This one month after Reynolds’ sex tape was leaked—in which his erect penis was on-screen, while his off-screen voice aggressively pleaded with his then-girlfriend Maggie Lindemann to make a sex tape.

Investigators are looking into the date of the video, and Lindemann’s age when it was filmed—she’s 16. As are many of VidCon’s fanatic attendees.

The 19-year-old Reynolds’ VidCon eviction came after a Twitter firestorm caught the attention of one of the the convention’s co-founders, Hank Green. For his part, Reynolds publicly attacked the decision.

.@VidCon why are you guys being a bunch of bitches?

Ironically, the tweet credited for catching Green’s eye was made by YouTuber Onision. He’s been heavily criticized in the past for being a rape apologist, using his fame to engage in sexual relations with underage fans, and slandering his exes in his videos. There’s even a Tumblr dedicated to these criticisms, and it’s 431 pages (and was started four years ago, and is still highly active.).

@Onision Security removed him from the hotel. He was not an invited guest.

While the Hilton does have a block set apart for VidCon guests, it’s unclear as to whether Reynold’s was staying in one of those rooms, which would make him automatically ineligible to remain in it after his VidCon pass was taken away. However, according to a professor of hospitality law, Stephen Barth (via the hotel trade site Hotel News Now), the Hilton could legally throw him out, regardless of where his room was.

According to Barth, there are four things that can get you legally tossed from a Hilton:

Reason No. 3 is highly subjective, and it could certainly be argued that Reynolds was being disorderly, simply by being there, as seen in this vine that was retweeted by Onision:

While Reynolds did snap some photos with fans, the general opinion among VidCon attendees seems to agree with Green’s decision: Reynold’s shouldn’t be there. Grace Miller, the operations director and co-founder of UpLift—an organization dedicated to combating sexual violence in online communities—was on the ground at VidCon.

“There are a lot of people who have been removed from the community by higher ups. Unfortunately, those creators sometimes don’t understand why, or it doesn’t register that their presence in the space based on their past actions makes it an unsafe space for other people,” Miller told the Daily Dot. “It appears that seems to be what happened with carter. I think it’s wonderful that vidcon removed him, because the majority of people here are women ages 13-17 and they deserve to feel safe in this space.”

Reynolds’ joins Sam Pepper in the club of online stars who were banned from VidCon, and that group is—unfortunately—likely to grow.

The large amount of scandals among Internet stars shows that Reynolds and Pepper aren’t unique, but rather part of a very unsettling trend in the worlds of YouTube and Vine. With conventions like VidCon growing more popular every year, it’s a concern VidCon seems to be taking seriously.