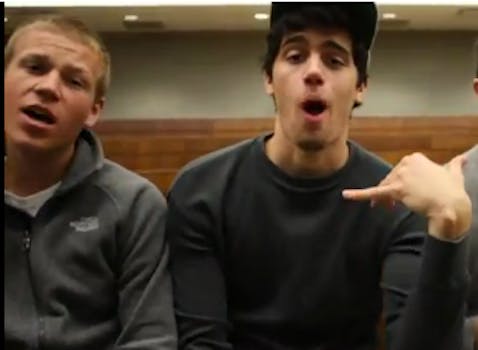 5 brotastic covers of “Call Me Maybe”

Even fraternities are singing along to Carly Rae Jepsen's breakout hit.

Called the “perfect pop song” by some of the Internet’s sharpest critics, Carly Rae Jepsen’s breakout hit “Call Me Maybe” is on its way to becoming the biggest hit of 2012.

The song blew up after teeny-boppers Justin Bieber, Selena Gomez, and Ashley Tisdale donned mustaches and danced around to it on YouTube in February. And they couldn’t have picked a better song to dance to. More than 21 million people agree—or at least cared enough to watch the video.

The 26-year-old Canadian singer has seen her song top the charts in Canada, United Kingdom, and Ireland, and it’s quickly rising in the United States. But, not only does she have a global appeal, but as we discovered, she also has fraternal appeal.

The number of bros on YouTube covering the song is staggering. Who knows exactly why they love a song geared toward teenage girls, but perhaps it’s the sly, gay nod at the end of the music video that they can all relate to. No matter, they’re chugging it down like its a Bud Light during happy hour.

We collected our five favorite remixes and parodies of bros getting down with it.