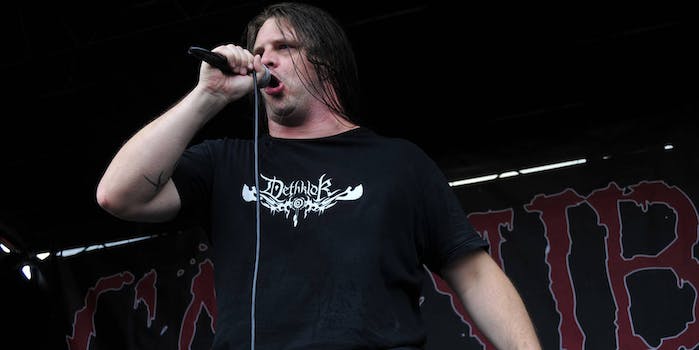 It's one way to get your young kids interested in death metal.

Cannibal Corpse is one of death metal‘s most popular bands, selling millions of albums and positioning itself as the best-selling band in that music genre. But with George “Corpsegrinder” Fisher’s guttural vocals, it’s nearly impossible to parse out the lyrics which the band clearly doesn’t really want you to hear.

But thanks to YouTuber Wilton Turdley, a Radio Disney version of the band’s 2009 song “Evisceration Plague” is available for all the young children who have a desire to take a deep dive into some of the heaviest metal on earth.

And now the version you can play in the car for your toddlers.

Now, wasn’t that nice and relaxing?

Sure, the original version of the song features rather disturbing and violent vocals, such as:

“Beg for your life, you won’t escape the knife
Your fate was sealed today
Disease has spread, you pray for death
Evisceration plague