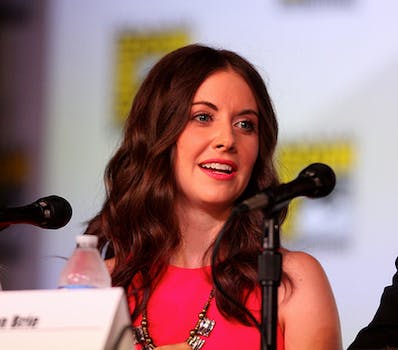 On Twitter
On this weekend’s episode of Saturday Night Live, viewers are debating if Samuel L. Jackson dropped the F-bomb on the live show, but he is definitely calling “bullshit.” Jackson explained on his Twitter account that he said “fuh” and his skit co-star, Kenan Thompson, forgot to cut him off him saying “bullshit.” Oh well!

On YouTube
Community stars Danny Pudi and Alison Brie have a lot of time in their lives now that the NBC show has filmed this season’s episodes. So Brie laid down some beats with Pudi at Hollywood’s Viper Room over the weekend. As you do.

On Tumblr
VH1 televised its annual Divas tribute concert Sunday night. However, if you were like us and were flipping between season finale of Homeland, football, and whatever screaming housewives were on Bravo, VH1’s Tumblr live-GIFed the action. So, here’s a sassy Adam Glambert head tilt to etch in your mind for whenever you punctuate a joke at your office’s water cooler.