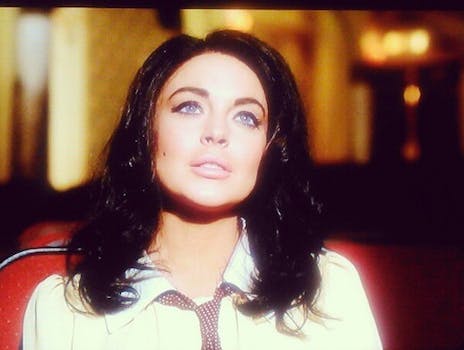 The atrocious Lifetime biopic of Elizabeth Taylor hit the small screen. Thanks to social media, everyone wins … except Lindsay Lohan.

In Buzzed, we take a look at three things that trended over the weekend while you were away from your keyboard and getting buzzed. But SCREW THAT—we’re talking about Liz & Dick.

So Liz & Dick, an atrociously awful movie about Elizabeth Taylor (and starring famed presidential archivist Lindsay Lohan), premiered Sunday night on Lifetime and everyone on Twitter couldn’t shut up about it.

Similar to debates and award shows, we all felt it was our civic duty to live-tweet it. We spent more time mastering our tweets than Lohan did on her horrible accent. Here’s some of the funniest activity on the Twitterverse:

You didn’t need to stick around for all two hours of the telenovela to figure out that the best part was Lohan’s eye-rolling and wardrobe faux pas. Fortunately, Tumblr users were quick to GIF key scenes. When you tell your grandkids about Liz & Dick, you can refer them to this.

Aside from Lohan screaming “I’m bored!” at one point—perhaps describing how her fans felt 10 minutes in?—this clip is all you actually need to see from the movie.

“Shades on while chugging vodka from the bottle at full throttle while haphazardly acting” describes the movie in a sentence. “What are you looking at?” Lohan asks, echoing the Daily Dot staff on Monday mornings.