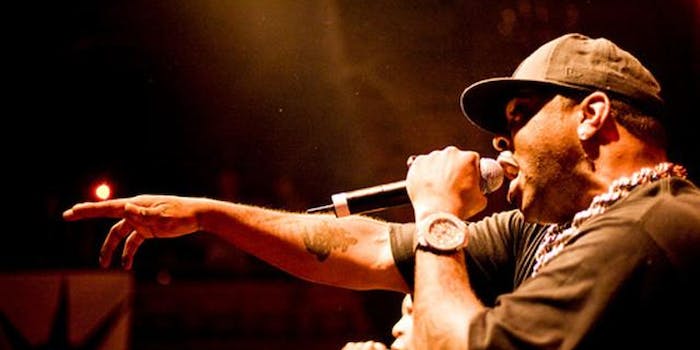 Busta Rhymes gets too hype, tumbles off stage during show

He remained positive, though.

On Friday night, rapper Busta Rhymes accidentally busted something other than rhymes.

During a New York City show at Webster Hall featuring fellow rapper O.T. Genasis, Busta was very much living in the moment: He even lit up a cigar. But as the build of O.T. Genasis’s hit single “CoCo” rose to a climax and Busta started headbanging, he took a tumble forward and into the crowd.

While some people are calling this a stagedive, it is decidedly not. The centrifugal force of his chain, coupled with his passion for music, life, and cigars, might be to blame. Thankfully this clip has the slow-motion replay.

Busta sustained a gash to his head, but assured his fans everything was in check.

Words to live by, really.