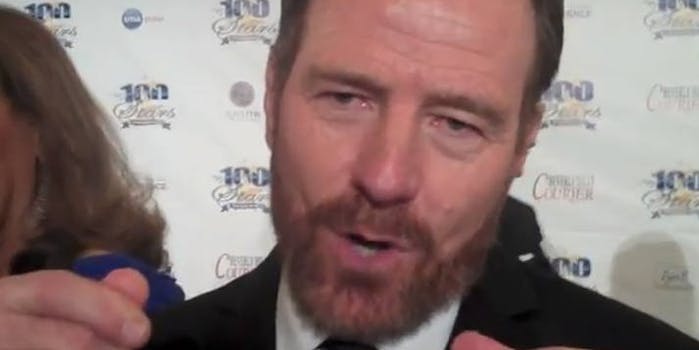 “If you don’t go to the prom with Stefan, then maybe your best course of action is to tread lightly.”

He is the one who knocks, and when he asks you to prom on behalf of a starry-eyed teen, you listen.

After a performance in All the Way on Broadway, Bryan Cranston took time out to sign autographs and meet fans. One in particular made the most of his encounter, convincing the Breaking Bad star to provide the perfect setup on his behalf.

“Maddy,” he says in full Walter White mode, “if you don’t go to the prom with Stefan, then maybe your best course of action is to tread lightly.”

The look on the teen’s face when he hears her response is pretty priceless.

And here’s what happened: