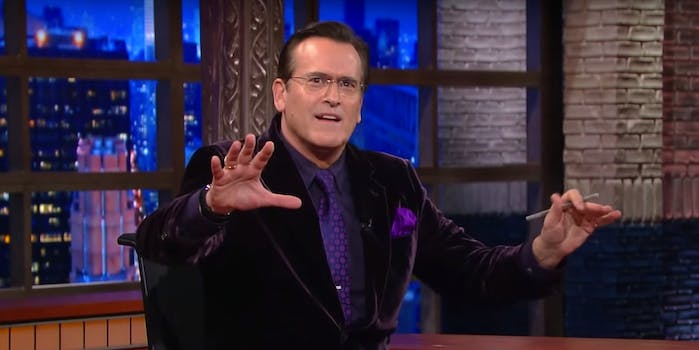 Stephen Colbert’s doppelgänger may have been right under his nose this whole time.

After Ash vs. Evil Dead actress Lucy Lawless realized that her costar Bruce Campbell looked just like Colbert if he put on glasses, Campbell had to test it out for himself. So when he and and Lawless visited The Late Show Tuesday night, he briefly took over Colbert’s desk.

His vocals may need some work, but once the glasses come on and he starts hitting the pen on the desk, something magical happens. (And Colbert now has someone to fill in for him if he takes a sick day.)

We just have one question: how is Colbert’s Bruce Campbell impression?