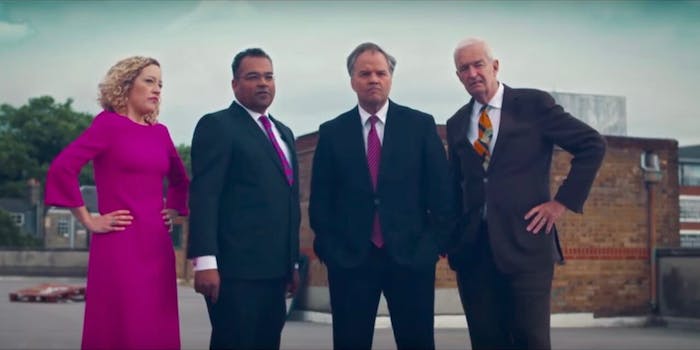 ‘What a bunch of anchors.’

More than a decade after its release, real-life news anchors are still looking at Anchorman as the touchstone for parody. And for some of the U.K.’s top newscasters, it’s about to escalate very quickly.

Channel 4 is facing off against ITV and Sky News, and while they might not look it, they’re more than prepared for an all-out brawl—as long as nobody goes for the face or hair. (They have to be presentable for TV later, you know.) But one unlikely face—who just made his radio debut—does his best to try and defuse the situation.