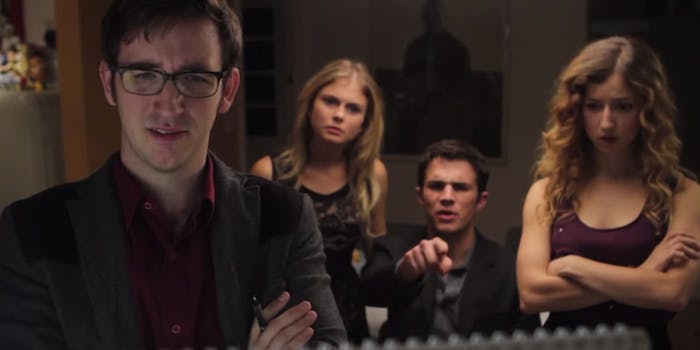 The show would follow in the successful wake of Broad City, which also made the leap from Web to TV.

After the success of Workaholics, Broad City, and Drunk History, Comedy Central is hoping to turn another comedy sketch channel into a TV show.

The network has now ordered a pilot from Nick Kocher and Brian McElhaney, the duo behind BriTANicK, based on their channel.

Kocher and McElhaney launched the channel in 2008 after they both graduated from NYU’s Tisch School of the Arts. It’s accumulated more than 41 million views and has more than 247,000 subscribers despite not posting a new video in almost a year, and they’ve featured cameos from Joss Whedon and Nathan Fillion.

They will write the pilot and executive produce along with Arrested Development’s Troy Miller, who will also direct.

According to the Hollywood Reporter, the show will be a number of adventures based on their real lives, with Kocher faking his own death to escape a relationship in the pilot while McElhaney tries to buy his way back into a relationship.

The show’s premise has a similar feel to Broad City, which has found critical and commercial success on Comedy Central and was recently renewed for a second season. While Broad City managed to make the leap from Web to TV, we’ll have to wait and see if BriTANicK can do the same.

And if they can’t, we’ll always have their (occasionally mildly NSFW) YouTube videos.