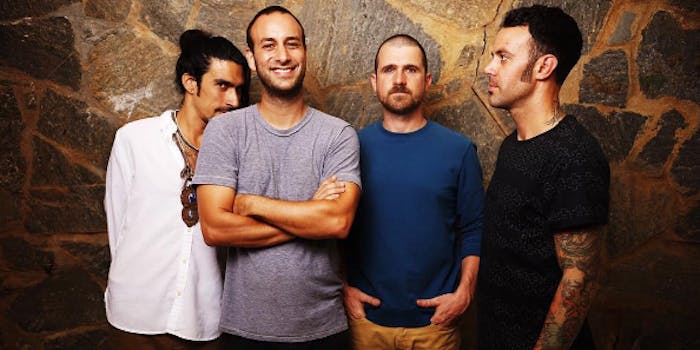 Emo band Brand New is back with a new album this week, its first since 2009.

The group recently opened pre-orders for fifth studio album, Science Fiction, and hinted it would be released sometime in October. But days later, it’s here.

Before formally selling and unveiling the music on Friday, the band gave diehard fans a special preview. According to Pitchfork, the band sent CDs “to a select group of fans who participated in the pre-order”—a pretty genius way to reach people who most likely fell in love with your music in the early 2000s.

And according to Reddit, the CDs are designed to be difficult to pirate. They each contain one 60-minute track, simply titled “44.5902N104.7146W,” though one fan tweeted there are “obvious different tracks” within that long clip.

"haven't finished listening yet, but it's all collapsed into a single track on this current CD, but there are obvious different tracks"

Social media lit up trying to determine if this was the actual album, or maybe just a series of tracks that didn’t make the final cut. One Twitter user pointed out their CD was labeled “18/500”—meaning there could potentially be a total of 500 CDs out in the world right now.

Each CD also apparently came with a booklet that included an excerpt from 2001: A Space Odyssey, among other things.

Text on the CD insert is from 2001: A Space Odyssey. (h/t @roryvaux) pic.twitter.com/DFS5RzpORC

You can buy and download Science Fiction now, with physical copies still apparently set to “ship in October.”