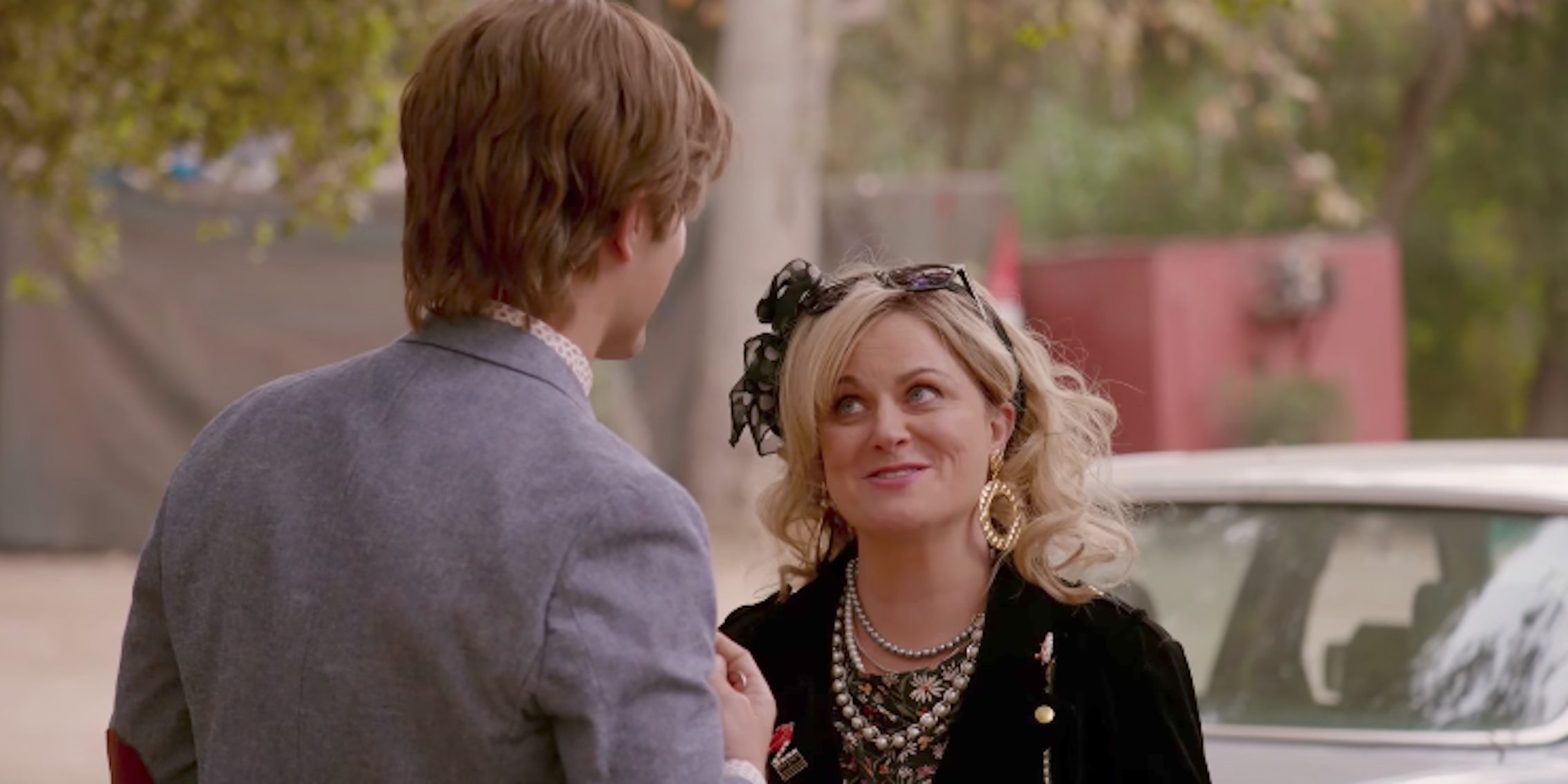 Fans may have noticed that the recent trailer for Wet Hot American Summer: Ten Years Later was missing a certain Cooperian glow, and now we know why.

The eight-part Netflix limited series (which takes place 10 years after the first film ends) switched up the cast by substituting Adam Scott for Bradley Cooper to play Michael Ian Black‘s husband this time around. But instead of killing the character of Ben off, or having McKinley leave him for someone new, the writers kept things simple: They gave Ben a nose job.

It’s a subtle one—Amy Poehler’s character Susie is just able to make it out—but there’s definitely something a little… new-seeming about Ben’s face:

Special thanks to Poehler for teaching us what might be the only polite way to react to someone else’s nose job: “Did it fix your deviated septum? That’s all that matters.”