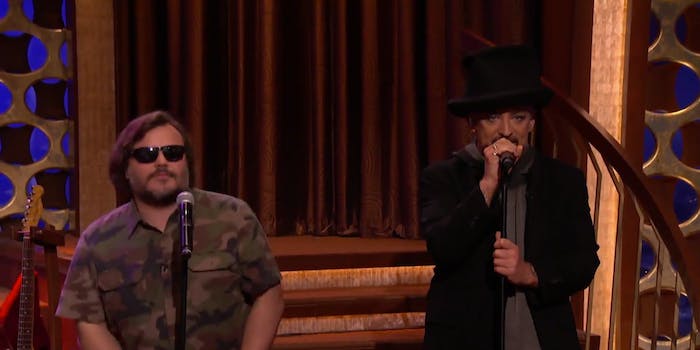 And Robby Krieger can totally keep up with them.

Boy George and Jack Black got to live out their rock fantasies by rocking out with one of the legends.

It all started out with Conan O’Brien making Boy George prove that he was a fan of the Doors by singing one of the band’s songs. Black, a musician himself with Tenacious D, joined him. But it wasn’t enough for them to just perform one of their songs.

As to be expected, Doors guitarist Robby Krieger can rock out better than anyone—which is how it should be.