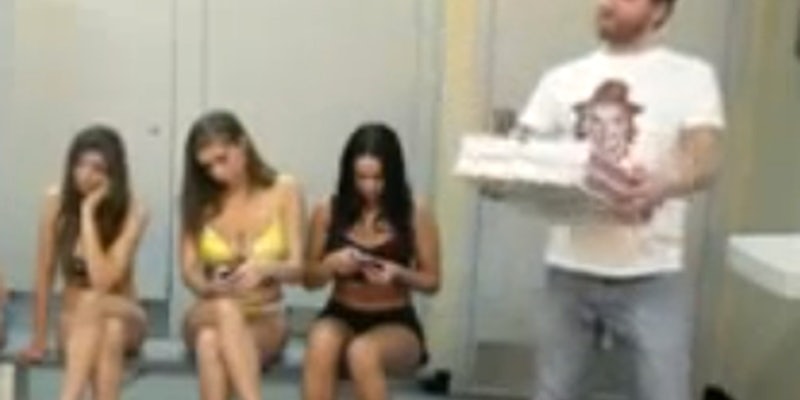 YouTube's censorship is a shell game. If a video get’s taken down, another will likely soon replace it.

It does, however, speak to a larger problem YouTube faces: The site’s censorship is a shell game, one that relies almost entirely on users to flag offensive or sexually explicit content. If a video get’s taken down, another will likely soon replace it, on another person’s channel and with another set of views.

Take, for example, this hyper-sexualized Louis Pion commercial, which pits a crew of naked ladies in a shower. Or the party scene from the Sébastien Tellier music video “Cochon Ville.” There’s all sorts of nudity involved in the latter, and it’s been up since September. More than 8,000 people have watched it—and the preroll ads that come with it.

There’s a treasure chest of these types of videos located at r/youtubetitties, a section on social news site Reddit where users post “nipslips, handbras, full frontal” YouTube videos “with an ounce of nudity or a load of nudity!”  There are well over 500 posts. Only a few of the options onsite have been flagged and removed.

Again, this stuff’s not exactly XXX-rated. It’s the 21st century. On the Internet, it’s quite easy to find much, much worse. But it is a blatant violation of YouTube’s community guidelines, which prohibits users from posting “pornography or sexually explicit content.” 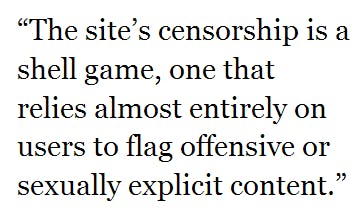 That Louis Pion commercial we mentioned earlier, the one with the girls in the shower: It’s called “Louis Pion Horloger de mode Le bronzage,” which is French for something about watches. That’s something you can’t flag unless you watch it—and it’s tough to find. And really, who cares to stop it?

But it did, and the video came back. And should the site decide to take it down again, it’ll be back there soon. That’ll happen again and again and again.