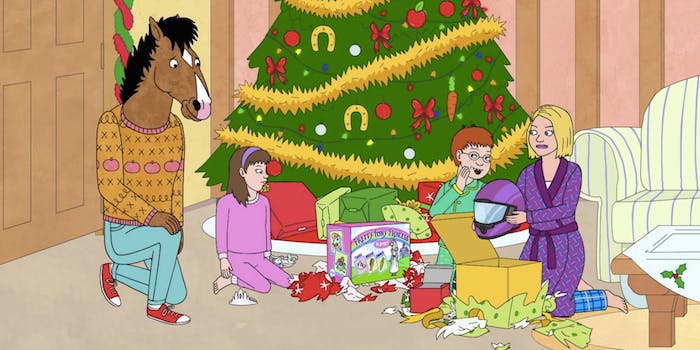 Finally, a Christmas episode as sick of Christmas as we are.

“Cynical cash-grabs by greedy corporations looking to squeeze a few extra Nielsen points out of sentimental claptrap for mush-brained idiots who’d rather spend their Christmas watching a fake family on TV than trying to have a conversation with their own dumb families,” he then helpfully clarifies for his slacker roommate, Todd. 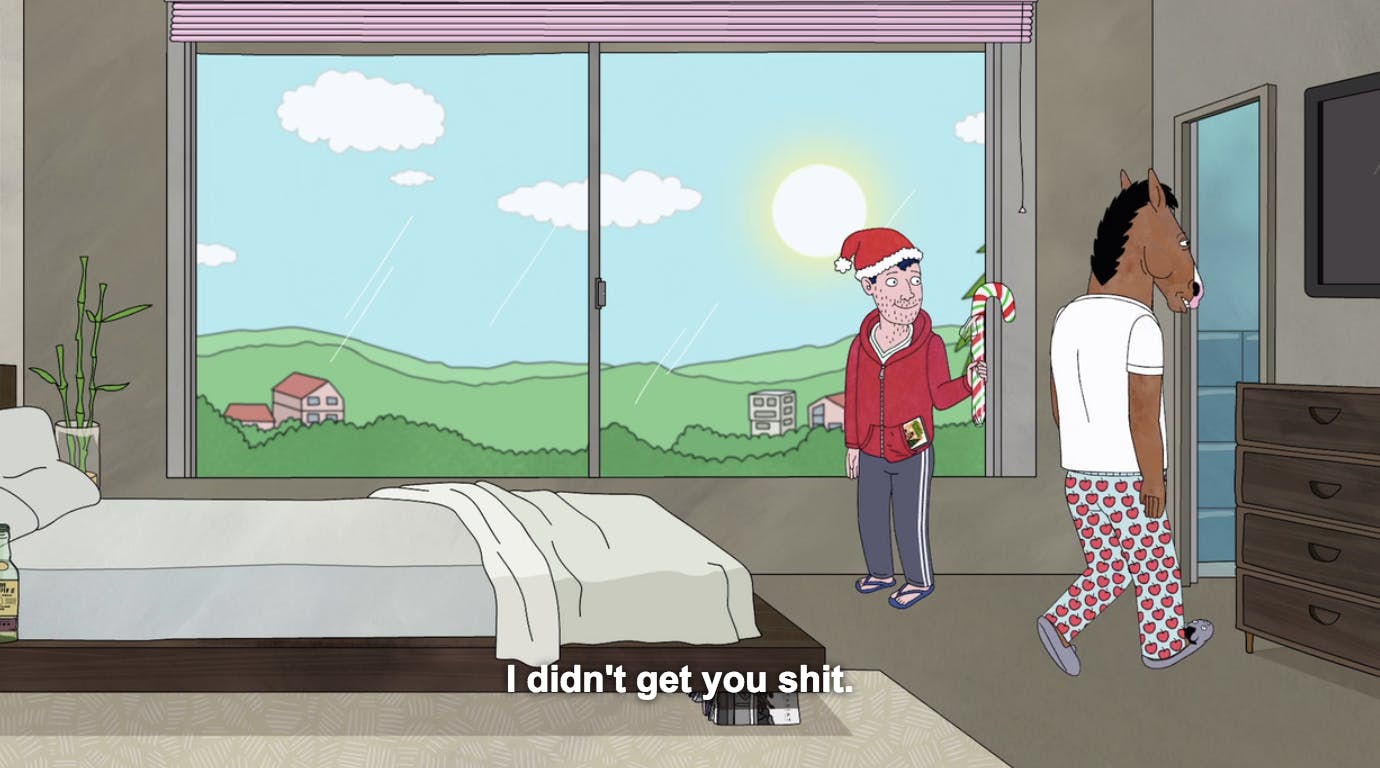 The show proceeds to have its cake and ridicule it, too: over the series’ well-received first season, we’d seen snatches of BoJack’s claim to fame—a cheesy ’90s sitcom called Horsin’ Around—but never an entire episode. That changes with “Sabrina’s Christmas Wish,” a holiday outing decked with some of the most painful conventions in pop entertainment. The cheap moralizing, hacky wordplay, and instantly dated references are all there in spades, along with an irritating neighbor named Goober—played by an actor later consumed in sleazy scandal. 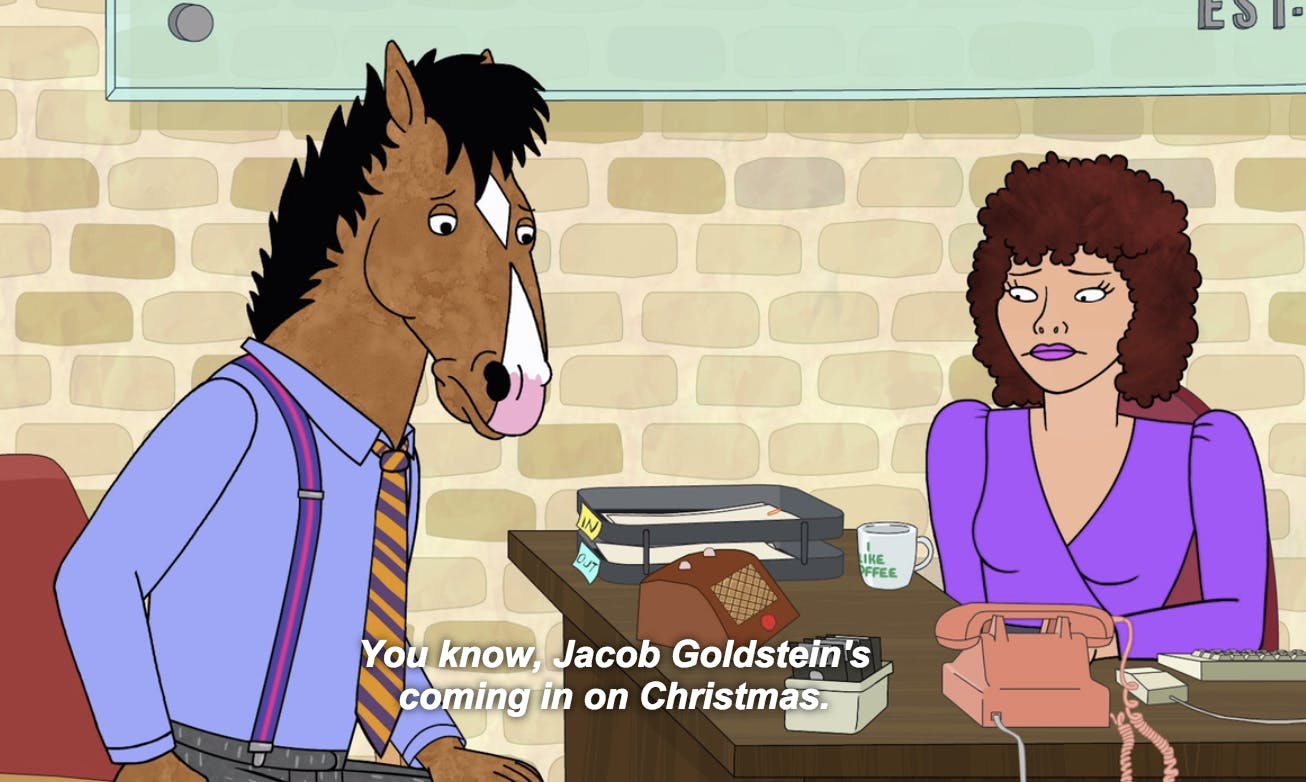 BoJack, normally all too willing to relive his heyday, offers disgusted commentary on the episode to Todd, whose own Christmas spirit seems bulletproof, as the pair watches drunkenly in bed. He even fast-forwards through a painfully unfunny gag. But underneath the script-within-a-script’s familiar smarm about the “true meaning of Christmas,” there’s a raw insight more characteristic of BoJack itself. After efforts to sugarcoat reality for his adopted daughter backfire, BoJack is forced to admit that Santa—and by extension, God—is a fabrication. “You have to be good just to be good,” he finally concludes. 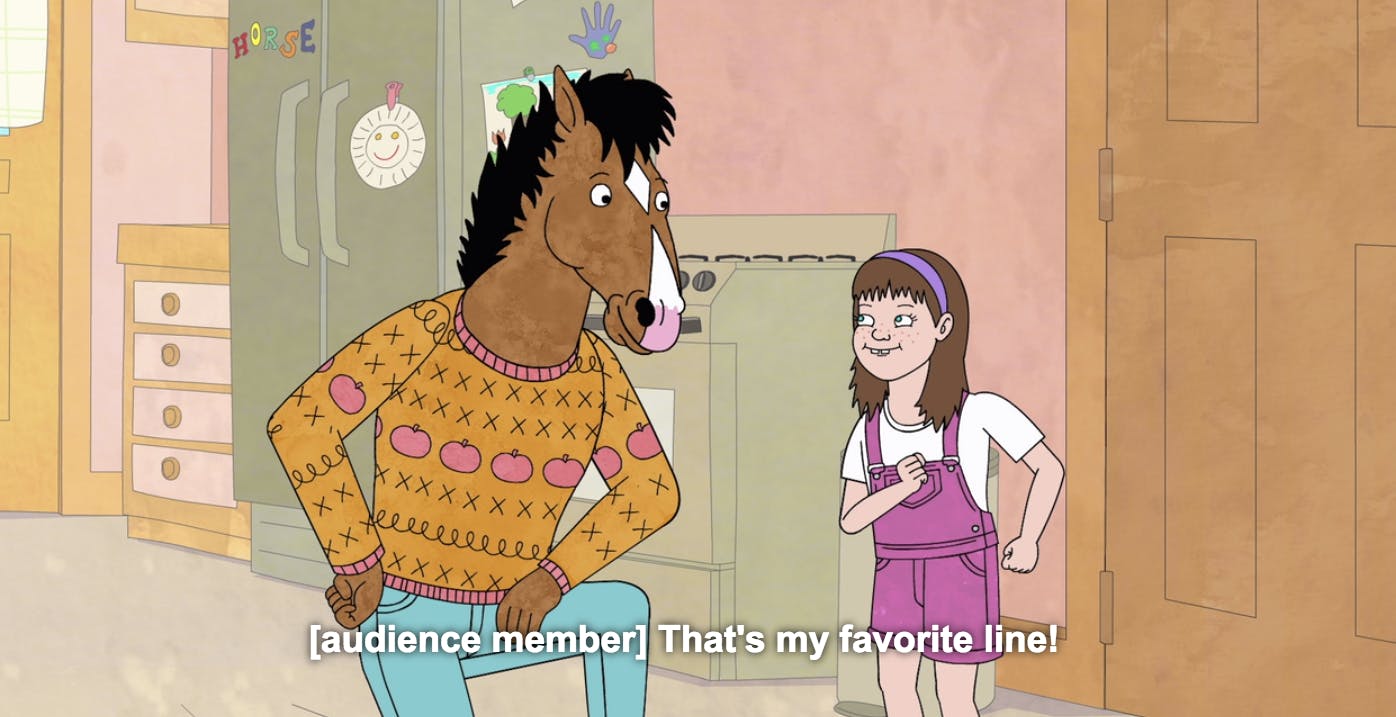 This is exactly the lesson that BoJack, in his present-day malaise of idle wealth and fading celebrity, seems incapable of learning—so it’s appropriate that he dismisses it out of hand. “Well, that sucked,” he decides when the credits roll, lamenting his wasted life. Of course, the crushing realism of this emotional dissonance is all the more affecting when it comes amid appalling attempts at schmaltz: The resolving line “I’m glad your parents are dead and are never coming back” draws a manipulated “Aww!” from the studio audience. 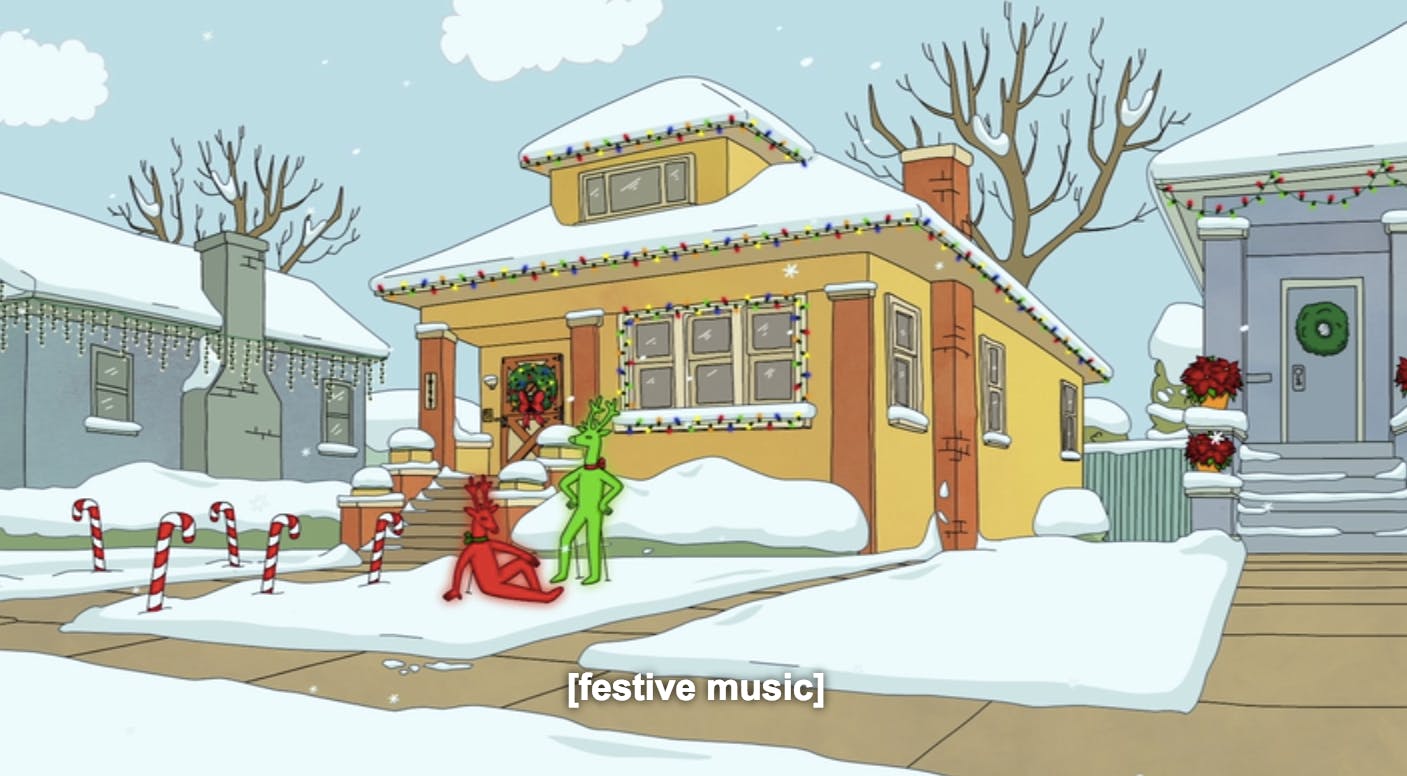 And if this is the nonsense that brings us together, is that such a bad a thing? BoJack and Todd finally decide to watch another Christmas episode of Horsin’ Around, “just to see how stupid it is.” Anyone who’s at once abhorred and loved the holiday can surely empathize.