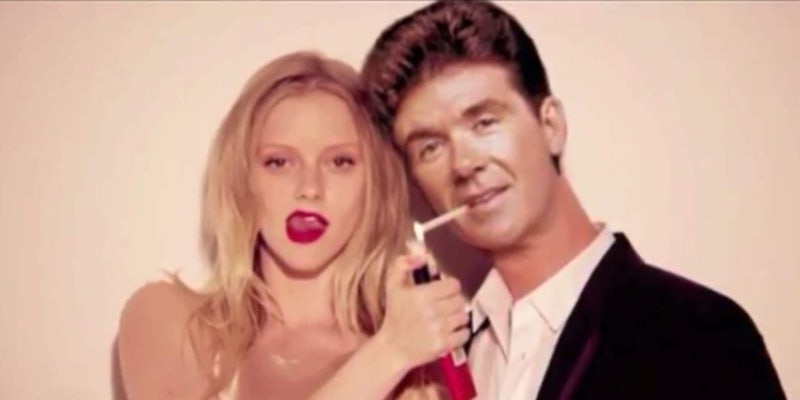 For those who weren't alive in the '80s, Robin Thicke's father, Alan, starred as Growing Pains's patriarch, Jason Seaver.

We’ve all been whooping and hollering for Mod Carousel’s gender-swapped version of Robin Thicke’s “Blurred Lines.” But this being the Internet, someone is always one step ahead.

Chicago mashup duo the Hood Internet released their own version of “Blurred Lines,” which threads into the theme song to Growing Pains. For those who weren’t alive in the ’80s, Robin Thicke’s father, Alan, starred as the show’s patriarch, Jason Seaver. Lest we forget (and the Internet never does), Thicke did have a bit of a musical career. Wonder if he still talks to Kirk Cameron.

The songs actually sync up pretty well, and the track informs us that Alan Thicke “has a big D,” in case you were curious if he lives up to his last name. The Cosby Show got the “Blurred” treatment earlier this month.

Screengrab via The Hood Internet/YouTube