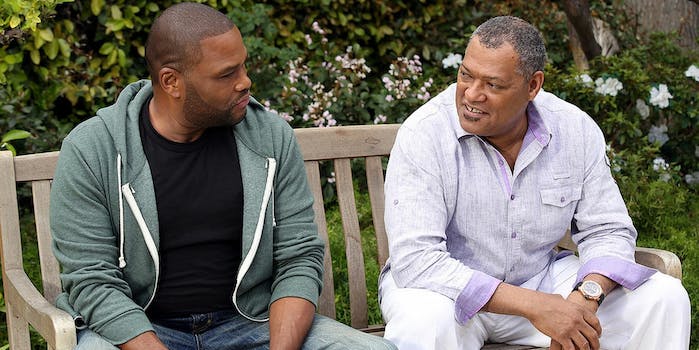 On Wednesday, ABC’s sitcom Blackish aired its long-awaited November election episode, “Lemons.” The controversial and daring episode jabs at President-elect Donald Trump and explores the aftermath of his win—and it caused an uproar.

If you missed it, the episode is available for streaming on Hulu.

For those unfamiliar, the show follows the trials of the Johnsons, an African-American family residing in the suburbs, struggling to navigate through their cultural identity in today’s America.

The episode, promoted with the tagline, “The election through the eyes of Blackish,” tackled real-life issues and occurrences, depicting the work place, home, and school environment in the wake of the election.

Several moments in the episode cut deep. In one scene, a white, male high school student refuses to listen after his foreign-born teacher tells him to take a seat, before leading into a “ship her back” chant supported by others in the classroom. In another, the main character and Johnson dad, Dre, is told by a co-worker that she voted for Trump, before defending her decision amid the conference room with “I’m racist? I have black friends!”

It is possible that Blackish is casting its revenge on Trump, as the president-elect has expressed animosity toward the show in the past.

How is ABC Television allowed to have a show entitled "Blackish"? Can you imagine the furor of a show, "Whiteish"! Racism at highest level?

Either way, the episode is making an impact, sparking dialogue, and garnering both praise and criticism for its assertiveness and resilience in addressing the post-election atmosphere.

Tonight on #blackish we take on the election…

Having a hard time coping with the #ObamaFarewell? So are the Johnsons! U don't wanna miss tonight's all new #blackish! https://t.co/l5yxmLlmuY

#blackish takes on the election everyone is still talking about TONIGHT! pic.twitter.com/mgFcI9w312

this may be the most extraordinary episode of a sitcom ever.

If you aren't watching @black_ishABC you should be. Every episode is so relevant

You can stream it here.