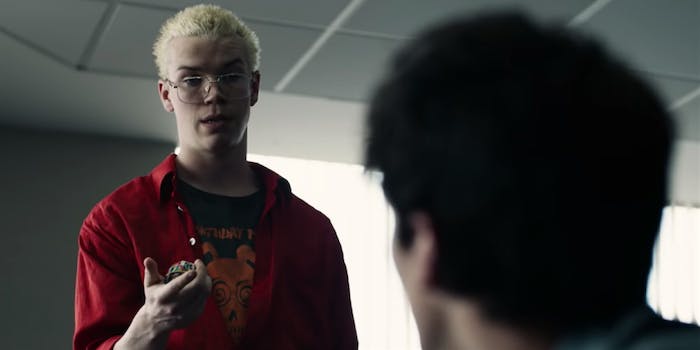 ‘Black Mirror: Bandersnatch’ star Will Poulter is logging off Twitter

Poulter wants to focus on his mental health.

Since debuting last week, Black Mirror: Bandersnatch, the interactive game-movie from the Black Mirror franchise, has made the internet question its choices and impulses. And, apparently, dog-pile jokes and criticisms on one of its stars.

Will Poulter, who plays multi-dimensional programmer Colin Ritman, posted to Twitter on Wednesday, thanking fans for watching and for offering their criticisms. He also spoke of needing to find a “balance” in his “engagements with social media,” and stated that to better his mental health he’s going to “reduce” his presence on Twitter though not quit it entirely, since he still works with anti-bullying groups. “This is not the end,” he wrote. “Consider it an alternative path.”

The internet has become somewhat obsessed with Ritman’s character, which might have also contributed to Poulter taking a breather. Black Mirror creator Charlie Brooker did recently hint that Ritman could show up in season 5: “Ostensibly, he could go on forever, because he’s both dead and not dead.”

Wanting to better your relationship with social media is a totally healthy thing, though Poulter’s step back is part of a bigger trend for celebrities: Last year, Kelly Marie Tran and Millie Bobby Brown both disengaged after experiencing harassment.