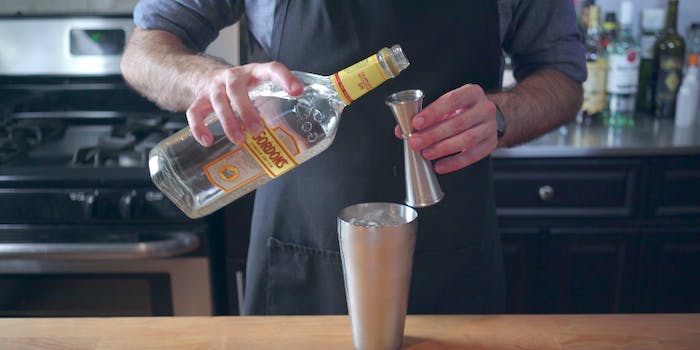 ‘Binging with Babish’ makes all your favorite movie cocktails

Andrew Rea eats better than you.

The popular YouTube chef, who goes by the Reddit username OliverBabish, has accumulated millions of views on his channel, Binging with Babish, by remaking iconic dishes from famous movies and TV shows. As he prepares to pass the coveted one million subscribers mark, Rea shared a special cocktail video today that proves he drinks better than you, too.

Rea quickly runs through six different cocktails from across the cinematic spectrum: The Big Lebowski‘s White Russian; Groundhog Day‘s “Sweet Vermouth on the Rocks with a Twist” (pay attention to this one); Crazy, Stupid, Love‘s Old Fashioned; Thank You for Smoking‘s mint julep; Casino Royale‘s Vesper Martini; and Casablanca‘s French 75.

That’s a lot of alcohol, to put it mildly, and Rea finds himself effectively incapacitated by the end of the video. Flash forward to the next morning, and he tries his hand at one more drink to fix his hangover: Barney Stinson’s Hangover Fixer Elixir from How I Met Your Mother. Predictably, the concoction—Funyuns, a banana, ginger root, bacon grease, and Surge energy drink—is abominable, and makes the host sick all over again.

Way to take one for the team, Rea. Go eat a Krabby Patty and sleep it off.