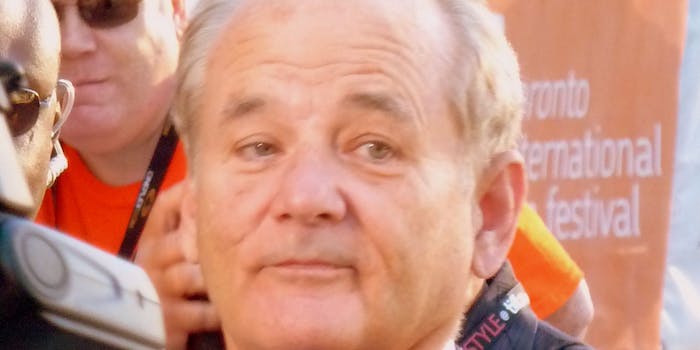 Thirty years after it was unceremoniously canned by its studio, Nothing Lasts Forever finds new life on YouTube.

We’re suckers for anything Bill Murray around here, and we’re definitely not alone.

From his appearances on Reddit to his unsolicited relationship advice, the 63-year-old actor is a much-adored favorite of the Internet, and now one of his lesser-known performances is available for our viewing pleasure. Fans are, unsurprisingly, eating it up.

Thirty years after it was unceremoniously canned by its studio and three years after originally being uploaded to the platform, Nothing Lasts Forever has found new life on YouTube, thanks in part to a Telegraph article explaining the background of the lost sci-fi comedy from 1984.

Murray plays a bus conductor on a mission to the moon with Zach Galligan (Gremlins)—nothing in contrast with his Ghostbusters turn the same year, but we’ll take whatever we can get.

So what’re you waiting for? “Your Moon-O-Rama Consumer Adventure is about to begin.”