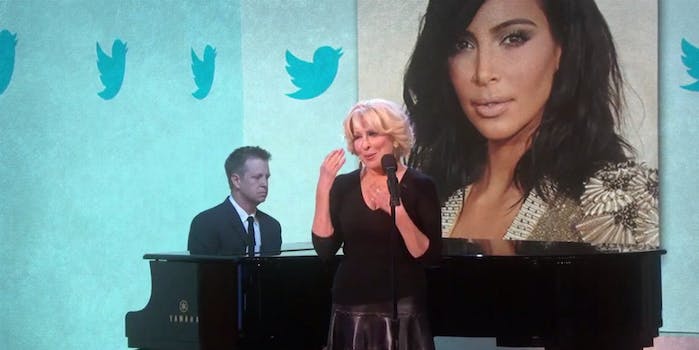 Did you ever know that you're my hero?

The queen Bette Midler has already tackled TLC. Last night on Jimmy Kimmel Live, she stared into the void and put the tweets of Kim Kardashian to music.