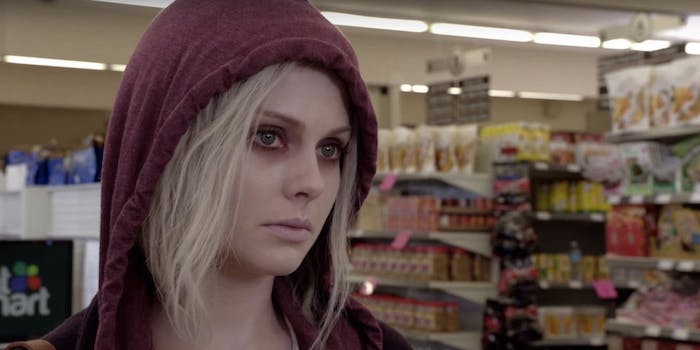 9 underrated TV shows you should be watching online

The next time you want to pick up a new show, look no further than these gems.

Around this time of year, television networks begin the slow process of weeding out the fall crop of new shows—giving full season orders to breakout hits (Blindspot, Quantico) and axing the ones that got left behind by audiences (goodbye, Wicked City, I’m sure someone will miss you). But a handful of shows, whether freshman efforts or returning programs, will find themselves fighting for their lives. Sometimes low-rated programs can survive the TV bubble to stay on the air for years (see: 30 Rock), while others are cancelled much too soon (Freaks and Geeks, Firefly).

Whether they’re destined for cancellation or to live long, happy lives, here are nine underappreciated streaming shows you should be watching, as well as where you can watch them. They might not win Emmys or pull in big ratings, but they’re absolutely worth your time.

The next time you want to pick up a new show, look no further than these gems.

Adapted from a Venezuelan telenovela, Jane the Virgin was one of last year’s most unexpected surprises, despite low ratings. Golden Globe winner Gina Rodriguez plays Jane Villanueva, an aspiring romance novelist whose love life gets complicated after she’s accidentally inseminated with an old flame’s sperm. It sounds ridiculous, but what makes the meta-blend of soap opera and farce (see: baby kidnapping, lesbian yodelers) work is Rodriguez’s winning performance and the deft writing. This season’s “Chapter Twenty-Eight,” dubbed a “fasterpiece,” covers a season’s worth of plot lines in 42 minutes without breaking a sweat. Jane the Virgin makes blending humor, heart, and the occasional murder look easy.

One of TV’s most acclaimed shows continues to be its most unsung, as The Americans has yet to get the love from either the Emmys or audiences that it deserves. FX’s Russian spy drama has long struggled in the Nielsen ratings, but deafening critical buzz has kept The Americans alive. Hailed by many as the best drama on television, Matthew Rhys and Keri Russell play sleeper cell operatives posing as a married couple in 1980s America. The KGB agents must choose between the life they’ve built with their children (who are unaware of their parents’ professions) and their mission. It’s the show you wanted Homeland to be: The Americans is both a complex family drama and a gripping thriller, and it features two of television’s most compelling anti-heroes.

Between memorable roles on The West Wing and Parks and Recreation, Rob Lowe has quietly staked his claim as one of the best actors on television. The Grindr picks up where Parks and Rec left off: On Greg Daniels’ local government mockumentary, Lowe played Chris Traeger, the most upbeat man in the world, and here he puts that same naive charm to good use. Lowe is a delight as Dean Sanderson, a vain TV lawyer who moves back home to run his family law firm, and The Wonder Years’ Fred Savage proves a surprisingly strong comedic foil as his deadpan younger brother. The show has struggled with middling viewership in its first season, but it’s already carved out a space for itself as one of TV’s funniest comedies.

If you were one of the diehard Marshmallows upset about the cancellation of Veronica Mars, creator Rob Thomas all but brought your favorite gumshoe back from the dead. Starring New Zealand import Rose McIver, Thomas’s newest show has everything that made his previous cult hit great. Like Veronica Mars, it’s both a gripping exploration of PTSD and a whip-smart crime procedural. After a tragic zombie attack, medical resident Liv Moore struggles to make sense of what happened to her—as well as its effects on her life: Liv discovers that by eating the brains of murder victims, she can tap into their memories, which is great help to police.

That might seem like a silly premise for a show, but remember that there was a time you thought the same thing about a teenage detective from a town called Neptune.

Television is in the middle of a rom-com renaissance, with shows like Casual and The Mindy Project breathing new life into a tired format. In Amazon’s fantastic Catastrophe, Rob (Rob Delaney) and Sharon (Sharon Horgan) decide to reverse-engineer a relationship after a one-night stand ends in an unexpected pregnancy. Buoyed by the fresh, naturalistic writing and the engaging actors’ easy chemistry, the show is most reminiscent of Richard Linklater’s Before series. Both act as bittersweet meditations on the conversations that bring us together and the struggles that keep us apart. There’s more hard-earned truth in Catastrophe than a million Julia Roberts movies.

FXX’s own entry in the rom-com sweepstakes, You’re the Worst has a sharply different tone than Catastrophe. One of last summer’s breakout critical successes, the pitch black comedy explores what happens when two L.A. 20-somethings who are far too damaged for commitment (or general human contact) find themselves in a relationship anyway. What could be an excuse for hipster angst is actually TV’s best exploration of How We Love Now. The self-defeating Jimmy (Chris Geere) and jaded Gretchen (Aya Cash) are pretty terrible, but you can’t help but root for them, even when they aren’t rooting for themselves.

Difficult People won’t be for everyone. The Hulu show landed in hot water after its pilot made some risqué—to put it lightly—jokes about Blue Ivy Carter, but what I admire about the Amy Poehler–produced comedy is how fully committed the show is to its thoroughly unlikable leads. Difficult People is a clever, often painful satire of millennial narcissism. Julie Klausner and Billy Eichner play a pair of aspiring comedians who live in their own universe. In a memorable scene, Eichner interrupts an Oscar party to announce: “There was a small earthquake in L.A., but don’t worry: Emmy Rossum is fine.” As a fellow Brooklynite, theirs is a world I know well, and they completely nail it.

I have no idea how Crazy Ex-Girlfriend got greenlit in the first place, but I’m very glad it did. Imagine this pitch: “It’s about a mentally unstable woman who stalks her ex-boyfriend across the country to West Covina, California, where she takes a job as a lawyer. Think Fatal Attraction meets Felicity but funny! Did we mention it’s also a musical?” But this fall’s oddest new show is also its most bold. Crazy Ex-Girlfriend is reminiscent of Fox’s Wonderfalls, a magical realist comedy about a Niagara Falls worker who received spiritual guidance from gift shop trinkets. However, Crazy Ex-Girlfriend may befall the same fate as Wonderfalls. Cancelled after four episodes, it’s now remembered as one of the most daring shows of the decade.

Crazy Ex-Girlfriend is too good to last, but years from now, we’ll look back and see just how special it was.

USA’s Mr. Robot was—hands down—the best new show of 2015. Like the lovechild of Stieg Larsson and Chuck Palahniuk, the addictive cyber-thriller offers a timely vision of corporate espionage for the post-Occupy era. Rami Malek (who deserves an Emmy nomination) plays Elliott, a social anxiety-prone computer programmer recruited to join fsociety, a hacktivist group whose goal is to take down E Corp, as a means of inciting political revolution. In its first season, Mr. Robot also achieved a rare feat: Every single one of its episodes was rated 100 percent fresh on Rotten Tomatoes, while pulling off one of the most jaw-dropping twists in TV history. Watch Mr. Robot immediately and then please don’t talk to anyone about it.