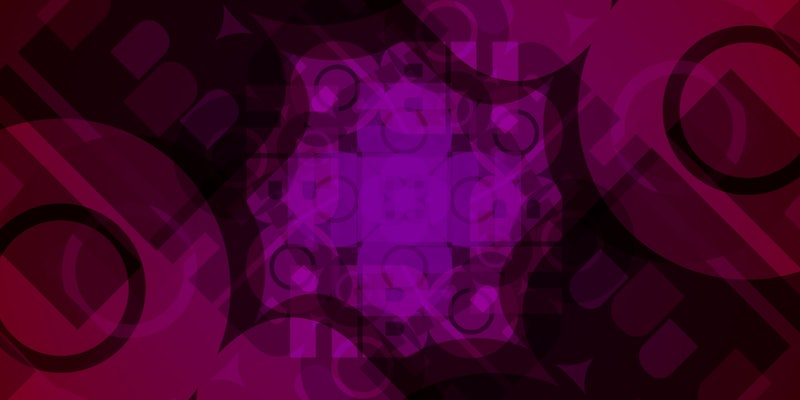 The 20 best TV shows on HBO Go and HBO Now

'Game of Thrones' is just the beginning.

It’s not TV, it’s HBO. It’s also a cliché at this point, and with good reason.

From the moment Oz came out, the bar for dramatic TV was raised and then set at an untouchable level with the late ’90s and early ’00s trifecta of The Sopranos, The Wire, and Deadwood. Other networks like Amazon, Netflix, and AMC have found their voices and put out stellar shows, but no one has a roster as deep or hard-hitting as HBO.

Now that HBO Go has made much of that catalog easily accessible, any time is a great one to get lost in the treasure trove of classics. Whether you got your HBO Go password legitimately or the ski mask way, you owe it to yourself get familiar with the vault.

You won’t see Game of Thrones here not out of any sense of contrarianism, but because if you haven’t watched it and you’re curious, your best bet is to wait a year or so and plow through right before the final season starts. Use that extra time to dig into these other options.

We’ll get the most obvious choices out of the way right up front. You can’t consider yourself a true TV connoisseur if you haven’t seen David Chase’s mobster epic. It’s on the Mount Rushmore of gangster stories. James Gandolfini’s performance as a crime boss with severe mommy issues is the best performance you’ll ever see in a TV show, and it rivals anything in film too. I’m not telling you anything you haven’t heard already, so if you haven’t seen The Sopranos, what are you waiting for?

If The Sopranos isn’t the best show of all time, it’s The Wire. Reporter and TV savant David Simon’s story about the way Baltimore has been run into the ground by bureaucracy is as great as every white person you know tells you it is. If you appreciated Breaking Bad‘s attention to process and detail, The Wire is a must.

If neither The Sopranos or The Wire is the best TV drama of all time, then it’s probably Deadwood. HBO is well-regarded for the freedom its shows get in terms of explicit content, and one of Deadwood‘s major claims to fame is the way it makes the profane poetic. If nothing else, you have to experience Ian McShane’s staggering performance as Al Swearengen.

Mark and Jay Duplass channeled all of their lo-fi indie bonafides here and churned out their masterpiece. The show follows a quartet of 40-somethings (Mark Duplass, Amanda Peet, Melanie Lynskey, and Steve Zissisi—all great) going through the typical middle-class calamities (marital staleness, career anguish). The show doesn’t do anything new but at a breezy 16 episodes, its smart comedy makes for an ideal weekend binge.

It would be easy to recommend “Veep” just on the basis of the hilarious, unapologetically crude (and always clever) wordplay employed by every one of its characters. This is what we wish we could sound like when we go on a profane rant. But, of course, there’s more to it than that: It’s a merciless, cynical view of politics—a dark mirror to, say, The West Wing. And, yes, Julia Louis-Dreyfuss is magnificent, shining bright among a cast of comedic all-stars.

Among Mike Judge’s greatest accomplishments, getting audiences to care about tech bros is right up there with anything he’s done. I’m not sure how long the show can work the underdog angle (or how long we can really consider soon-to-be millionaires underdogs), but that’s a problem for later on. Right now all we need to do is enjoy Judge’s potent blend of high-brow and low-brow humor.

No one will confuse this Argentinian crime thriller with The Wire, but if you’re a fan of CBS’s lineup of gross and formulaic thrillers, this is a different and more satisfying version. The first season mixed horror and crime procedural elements well and the show is willing to kill off major characters, so it will definitely keep you on your toes. 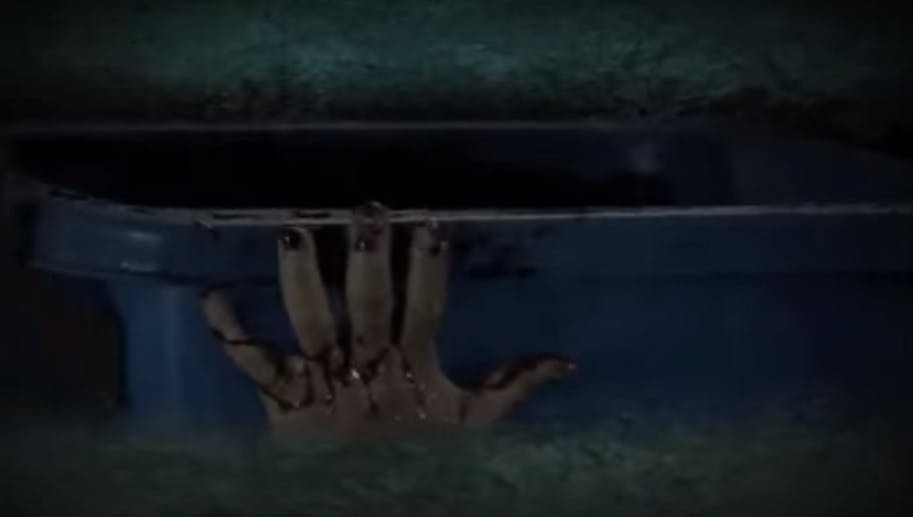 The story of Robert Durst and the murders he’s allegedly committed is lurid and convoluted in the most fascinating ways. But the fact that the show may have likely played a role in getting Durst arrested just makes it irresistible. Durst is as compelling as any of HBO’s fictional characters and his story will baffle, enrage, and thrill you.

This long-running sports journalism show has been chugging along for 20 years, so there is an embarrassment of richly reported stories to dig in to. The stories all tie into sports in some way, but don’t let that stop you if that’s not your usual bag. Many of the stories speak to larger social issues, but the show rarely gets the audience it deserves. If you want a taste of what you’re getting, I highly recommend the recent pieces on Donald Trump’s Scotland golf course and its look at the AR-15.

You’d think a show about a family-owned funeral home that also opens almost every episode with someone’s death would make for an emotionally wrought experience, and you’re exactly right. But the show confronts death and life in a way that feels sublime and too real. It was overshadowed by the Big Three shows during its run, but once you’re done with those make time for the Fisher family.

Between Seinfeld‘s indefatigable run in syndication followed up by 80 episodes of Curb, Larry David is second to only The Simpsons‘ braintrust as the defining TV comedy voice of the last 25 years. A well-received run of appearances as Bernie Sanders on Saturday Night Live put David’s genius back in front of viewers and that goodwill culminated with the announcement of a new season of his HBO hit.

Atoning for the sins of Arliss, Sex and the City brought respectability and critical acclaim back in a big way. If you’re tired of the heavily edited repeats scattered across basic cable, it’s time to come back home. And when you get to the end of the series? Skip the movies and go back to the beginning so you can remember the show in better times before the two movies sullied the brand.

Even by HBO’s standards, this is a tough drama to get into. It’s frustrating by design, but rewarding to watch. In a world reeling from an unimaginable event (the random, unexplained disappearance of 2 percent of the world’s population), the show can get fairly bleak. It’s a fascinating look at grief and how people find the resolve to carry on. With two seasons done and one more to go, this is one that most people will discover later—now’s your chance to be ahead of the curve.

When you want a break from the prestige dramas, fire up the Comedy Half-Hour series. There is a lot of typical A-list talent to check out, but here you can watch most of today’s comedy royalty while they were still on their way up. There are sets from Janeane Garofalo, Margaret Cho, Louis CK, David Cross, Dave Chappelle, Dave Attell, Patton Oswalt, Marc Maron, and Norm MacDonald in the deep roster.

This is another half-hour standup series, but this one ran before Comedy Half-Hour and then came back in 2005. There are a lot of repeat names here as well as sets by Colin Quinn, Bill Hicks, Damon Wayans, Martin Lawrence, Ellen DeGeneres, and George Wallace. The newer episodes feature Bill Burr, Patrice O’Neal, Jim Norton, and probably anybody else who comes to mind.

HBO is no stranger to polarizing creative people. That’s a big part of why its programming is so good and worth seeking out. Lena Dunham doesn’t get the credit she deserves for her fearlessness as a performer and writer-director, and Girls takes more narrative risks than you’d think, which elevates above the navel-gazing status detractors put on it.

This documentary series centers on forensic pathologist Dr. Michael Baden who uses evidence found during autopsys to help bring justice and/or closure to victim’s families. If you’re into CSI, you should check out this real-life version.

Dipping back into the standup well because Chris Rock is just too great to not get his own recommendation. Bring the Pain and Bigger & Blacker alone are worth the subscription price.

If you’ve made it through this list and you still have room for one last crime show, you’re my kind of person. Five Days has two seasons that each take place over, well, five days. To mix up the formula a bit the five days aren’t consecutive. Thing is most shows take more than five episodes for introductions. Here you get all the mystery, red herrings, self-doubt, and bittersweet justice in just five… (days or episodes, your choice). 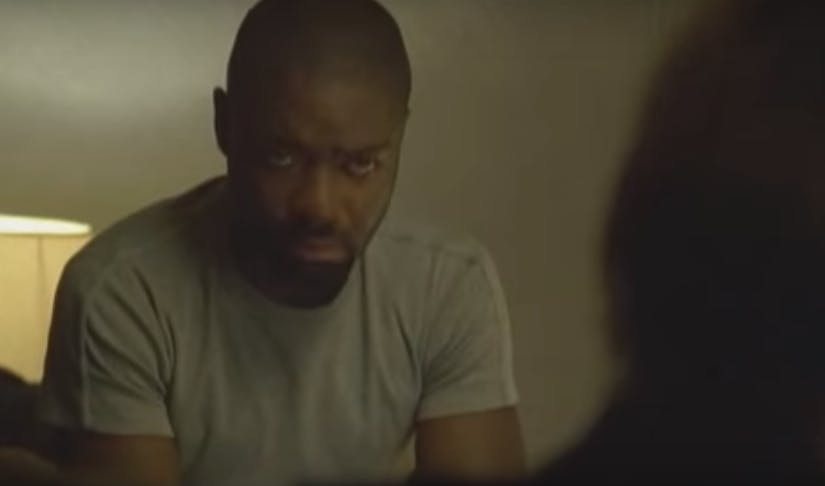 Danny McBride’s abrasive stick kills me. I can’t call him an acquired taste because you know how you feel about him on the first shot. If you’re in tune with his brand of caustic, arrogant humor, you’ll want to see this—whether you’re a first-timer or a repeat customer.