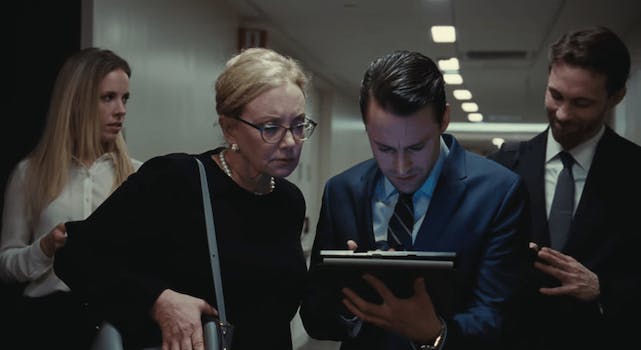 The 15 best shows on HBO, which has a series roster unlike any other

From the moment Oz came out, the bar for dramatic TV was raised and then set at an untouchable level with the late ’90s and early ’00s trifecta of The Sopranos, The Wire, and Deadwood. Other networks like Amazon, Netflix, and AMC have found their voices and put out stellar shows, but no one has a roster as deep or hard-hitting as HBO. Here are 15 of the best HBO shows to watch in 2020, ranging from unquestioned TV classics to more recent series that continue to break new ground.

We’ll get the most obvious choices out of the way right up front. You can’t consider yourself a true TV connoisseur if you haven’t seen David Chase’s mobster epic. It’s on the Mount Rushmore of television with good reason. James Gandolfini’s performance as Tony Soprano, a crime boss with severe mommy issues, is one of the best performances you’ll ever see in a TV show, on HBO or otherwise. Surely you’ve heard already, so if you haven’t seen The Sopranos, what are you waiting for? —Eddie Strait

If The Sopranos isn’t the best TV show of all time, it’s fellow HBO show The Wire, so add it to your list to watch in 2020. Set it Baltimore, the show looks at different institutions within the city about the systemic problems plaguing all of them. From the drug dealers, to the politicians, stevedores, police officers, teachers and students, The Wire follows the credo that “every piece matters.” As the series plays out, it becomes clear how interconnected we all are and how we’re all players in a game that’s been rigged from the start. —E.S.

If neither The Sopranos or The Wire is the best TV drama of all time, then it’s probably the HBO series Deadwood. David Milch’s western epic is set in South Dakota in the 1870s, as the eponymous town is establishing itself. Timothy Olyphant and Ian McShane headline the show as Seth Bullock and Al Swearengen, but the supporting cast is full of familiar faces and indelible characters. Deadwood may have only run for 36 episodes (and a 2019 movie to give the series a proper ending), but it’s as staggering a creative achievement as you’ll ever see. —E.S.

Even by HBO’s standards, this series is a tough drama to get into. It’s frustrating by design but rewarding to watch. In a world reeling from an unimaginable event (the random, unexplained disappearance of 2% of the world’s population), the show can get fairly bleak. It’s a fascinating look at grief and how people find the resolve to carry on. The creative and emotional ambition of the show only grew as it went on, with it taking creative risks that should’ve blown up in its face. But somehow it all worked. The Leftovers feels like a miracle, and it’s the best HBO show of the 2010s (yes, better than Game of Thrones). —E.S.

You’d think a show about a family-owned funeral home that also opens almost every episode with someone’s death would make for an emotionally wrought experience, and you’re exactly right. But the HBO series confronts death and life in a way that feels sublime and too real. The show can be darkly funny and oppressively serious, often at the same time. But it is always unflinchingly raw emotionally, and that honesty is the show’s trademark. While all of our journeys have the same endpoint, Six Feet Under wants us to embrace the uniqueness of our own paths. —E.S.

For 20 years, Larry David has made an art out of making viewers cringe and squirm in delight. Picking up where Seinfeld left off, Curb specializes in addressing the minutia of society and tackling the most inane parts of our daily lives. Even after 100 episodes, David is still finding ways to keep viewers laughing. Who knows how long Curb will run, but each new season feels like a gift to everyone. —E.S.

Mark and Jay Duplass channeled all of their lo-fi indie bonafides here and churned out their masterpiece. The show follows a quartet of 40-somethings (Mark Duplass, Amanda Peet, Melanie Lynskey, and Steve Zissis—all great) going through the typical middle-class issues (marital staleness, career anguish). The HBO show doesn’t do anything new, but at a breezy 16 episodes, its smart comedy makes for an ideal weekend TV binge in 2020. —E.S.

It would be easy to recommend Veep just on the basis of the hilarious, unapologetically crude (and always clever) wordplay employed by every one of its characters. This is what we wish we could sound like when we go on a profane rant. But, of course, there’s more to it than that: It’s a merciless, cynical view of politics—a dark mirror to, say, The West Wing. And, yes, Julia Louis-Dreyfuss is magnificent, shining bright among a cast of comedic all-stars. —E.S.

Mike Judge works all of his typical themes to perfection in this satire of the tech world. Over six seasons, Silicon took the story of Pied Piper, created by the ultra nervous Richard Hendricks (Thomas Middleditch), and tracked its rise from start-up to potential world-changing tech giant. The show hits incredible comedic highs, taking Judge’s knack for blending dumb smart people with some of the silliest jokes you’ll ever see. —E.S.

Atoning for the sins of Arliss, Sex and the City brought respectability and critical acclaim back in a big way. If you’re tired of the heavily edited repeats scattered across basic cable, 2020 is the best time to come back home and watch the show on HBO. And when you get to the end of the series? Skip the movies and go back to the beginning so you can remember the show in better times, before the two movies sullied the brand. —E.S.

HBO is no stranger to polarizing creative people. That’s a big part of why its programming is so good and worth seeking out. Lena Dunham doesn’t get the credit she deserves for her fearlessness as a performer and writer-director, and Girls takes more risks than you’d think, which elevates above the navel-gazing status detractors put on it. Girls can be abrasive, hilarious, and surprisingly insightful. —E.S.

Fans of Saturday Night Live knew Bill Hader was a star, and Barry gives him the vehicle he deserves. As a hitman living with depression and mental health issues, Barry gets involved in an acting class. It’s a premise that would make for a great SNL skit, but what the series (co-created by Hader and Alec Berg) delivers is something that hits stunning dramatic depths. Barry is about as dark as a show can get while still being classified as a comedy, but really, Barry is anything but ordinary. —E.S.

Game of Thrones is the most ambitious show we’ll ever see. The depth and scope of the world created by author George R.R. Martin and showrunners David Benioff and D.B. Weiss is breathtaking. The world of Westeros is inhabited by families constantly angling for the Iron Throne. The TV show is full of power plays, betrayals, and a cast of characters that runs deeper than any other. Game of Thrones may not be the best HBO series (though many will argue in its favor), but it may be the show that best exemplifies the networks credo, “It’s not TV. It’s HBO.” —E.S.

Creator-star Issa Rae has created something that is simultaneously fresh and familiar with Insecure. It’s about Issa Dee (played by Rae), closing in on 30, navigating her way in the adult world. We’re used to seeing this story told through predominantly white characters, and Insecure gives viewers a much more diverse cast. Rae is a writer with something to say, and Insecure has plenty to say about Issa as she balances her personal and professional relationships. It’s also hilarious. —E.S.

A lot of shows have anti-heroes and other unlikable characters. But few shows revel in the awfulness of its characters the way the HBO series Succession does with the Roy family. In just two seasons, creator Jesse Armstrong’s tale of the Roy family as they all jockey for position in the event anything happens to family patriarch Logan has established itself as top-tier satire. —E.S.