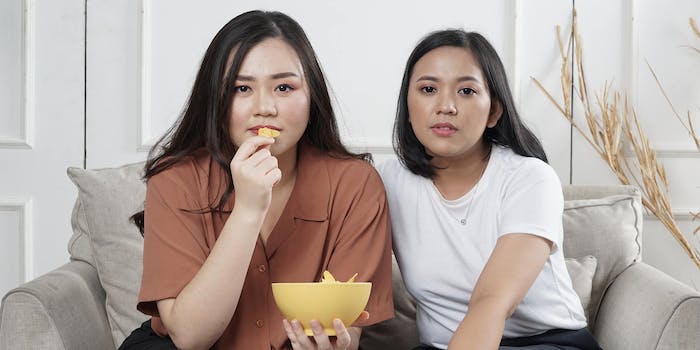 If your household speaks both Spanish and English, you want your streaming service to offer the same.

If you have a household with English and Spanish speakers, you want a streaming service that can provide programming in both languages. There’s no shortage of streamable Spanish-language content, of course, but there are different price points and features to examine.

This guide takes a look at what’s featured en Español among five of the best-known service providers. (YouTube TV, which is great in many other aspects, only has Telemundo representing Spanish-language TV and simply doesn’t rate here.)

Sling TV provides two base channel package options, each priced at $30 per month. Sling Blue has more channels overall, but Sling Orange has the Disney Channel and the ESPN suite of channels, making it a more attractive option to some customers.

Here’s where things get good for bilingual households: Sling has a Best of Spanish package featuring 23 channels from throughout the Americas. Channels like Azteca, BeIn Sports Ñ, CineLatino, and Estrella TV are available for $10 a month, or can be paired with either Sling Blue or Sling Orange for just $35 a month.

You can also capture region-specific programming with $5 a month add-ons, covering Spain, South America, Mexico, Central America, and the Carribean. If you’re in Puerto Rico, there’s an island-specific package you can opt into as well.

Sling Orange + Blue combines both English-language packages for just $45 per month, and when you add in the Best of Spanish package to that, it’s about equal in price to either Hulu with Live TV or Fubo TV’s base packages.

FuboTV is a solid TV streaming service option with a good selection of local channels. Depending on your market, you’ll have access to CBS, Fox, and NBC and those local affiliates. The base package is $54.99 for over 100 channels, and true to its soccer roots, channels like TUDN and BeIn Sports are part of the standard package, with Univision, UniMas, Galavision, and Universo providing a programming anchor that touches on soccer but goes beyond that.

The Fubo Latino Quarterly, for $19.99 a month, is where Fubo really shines for Spanish-speaking viewers. It boasts 30 Spanish language channels, some of which are included in the standard Fubo and Fubo Ultra packages, but most are exclusive to the package. One catch, though: It’s billed quarterly (as the name hints at), so it’s a $60 hit every three months.

There’s also a Latino Plus package for $7.99 a month that includes a skinnier version of the above package, with these channels:

There’s also an Entretenimiento Plus add-on for $4.99 a month with additional news and entertainment channels, including Spain’s Antena 3, Bandamax, NTN 24, and Tinovelas (an all-telenovelas channel from Univision).

Hulu with Live TV includes a broad array of entertainment and sports programming among its offerings, with Telemundo included in the base package. There’s also a seven-channel add-on for less than $5 a month that brings CNN en Español, Discovery en Español, Discovery Familia, ESPN Deportes, History Channel en Español, and Universo.

As a subscriber to the service, you’ll get free access to Hulu’s sizable on-demand library, and that’s where the real value of Hulu for kids comes into play. It includes a whole Latino section that includes Spanish-language movies and shows, including a telenovela subcategory for fans of that genre.

The Optimo Mas package, at $86 a month, draws from a broad selection of Spanish-language channels to make a two-language, 90-channel package. For a streaming service that has a top end at close to $150 a month (!), this is actually one of AT&T TV Now’s best values.

Vidgo offers a package for under $40 a month (and currently on sale for $30 a month) that pulls together more than 60 English-language channels into its National Plus English Package.

If you want your Vidgo en Español, which is how Vidgo started, it features programming from throughout the Americas and even Spain in two skinny packages.

There’s one big catch, though: You have to choose one or the other. Vidgo doesn’t yet offer a combination English and Spanish package, and while the English packages (especially the Plus) carry select Spanish channels, most of them are sports related (with the exception of History en Español and Nat Geo Mundo).

Vidgo also offers Social TV through its app, which allows Vidgo users to connect in real-time as they’re watching programming on their phones.

Best streaming services for a bilingual household: The verdict

Of the major services, Sling and Fubo have the most to offer at first glance. Both have good options for getting Spanish-language channels into a base package, and both have add-on packages that traverse the Americas and even Spain to bring diverse programming en Español.

The debate ultimately comes down to cost, like so many things about Sling vs. Fubo. A Sling Orange + Blue and Best of Spanish package runs what a Fubo base package does, before you get into the options for adding Spanish-language channels beyond its few baseline ones. While the Fubo Latino Quarterly seems like a great deal, the 30 channels include 11 TUDNXtra channels which help sports fanatics follow more fringe action—and then there’s that whole matter of paying $60 every three months.

There are some things going Fubo’s way, of course. If you’re a big soccer fan, Fubo’s original programming and its dedication to carrying soccer channels will make you very happy. (Only the lack of ESPN will leave you wanting.) The Latino Plus and Entretenimiento Plus packages allow for customers who don’t need all that soccer to build a good package for a reasonable price.

Sling, however, allows for regionalization of Spanish-language news and entertainment, which is a big plus. While Best of Spanish has a good mix of channels, it’s nice to know that an abuela from El Salvador or Honduras can have Central American-specific programming, while your tia from Monterrey can have a package of Mexico channels. Sling’s whole international slate is impressive—there’s simply nothing like it in streaming—but its specific Latino focus shows it’s committed to bilingual households.