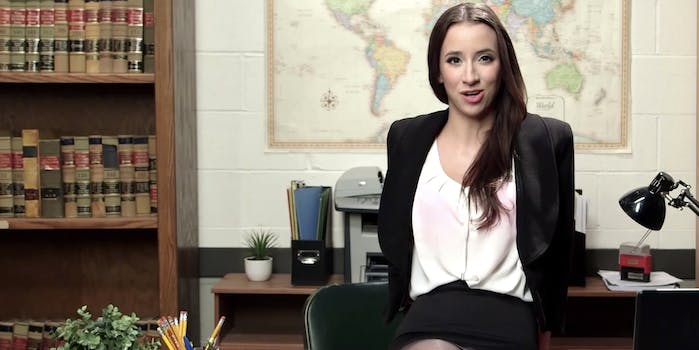 Reality TV at its raunchiest.

If you’ve watched American Idol, you already know how this works: would-be performers, none of whom have appeared on film before, will try to impress a panel of industry veterans with their amateur thrusts and moans. The public votes for their favorite male and female contestants, with the two winners taking home $1 million each and performing in a scene with Knox herself.

Great news all around for people who like to see women shed their clothes and inhibitions for cash (or men berated for failing to achieve instantaneous erections). Best of all, you can pimp your friends into consideration by following @thesxfactor and tweeting at them with the hashtag #IWantToSeeYouInPorn. Idiocracy, here we come!

Photo via The Sex Factor/YouTube