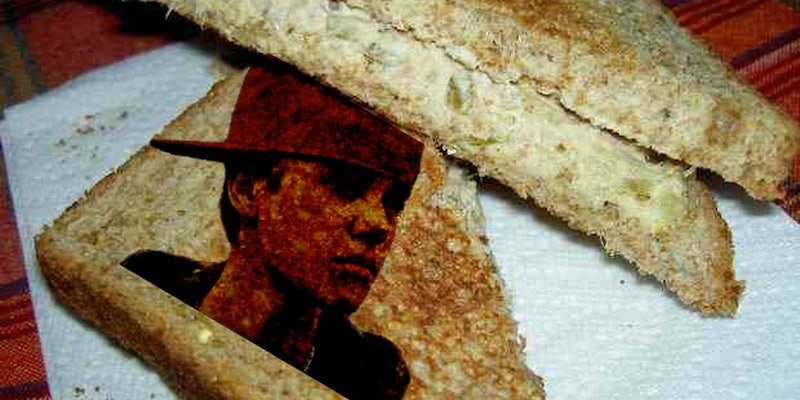 How a Directioner-Belieber war became the biggest trend on Twitter

One Direction fans want Beliebers to shut up and make them sandwiches.

Fans of One Direction and Justin Bieber have come to an accord. Maybe.

Directioners managed to make the phrase “Beliebers shut up and make Directioners a sandwich” trend by tweeting it en masse Wednesday afternoon. That slapdown prompted an in-kind response from Beliebers, who turned the tag #DirectionersWeWillMakeYouSandwichesSOON into a worldwide trend as well.

It’s not as friendly as it might seem on the surface. It’s more of a sarcastic “Yeah, sure, we’ll get right on that” than an “Oh, hey, no problem! We love you guys.”

#DirectionersWeWillMakeYouSandwichesSOON IM LAUGHING SO HARD. DON’T MESS WITH US. pic.twitter.com/A15IJrutky

Magnificently, some of the Beliebers who tweeted the tag actually made sandwiches for the One Direction fans. Or at the very least, shared photos of sandwiches.

“@ChillingBieberr: #DirectionersWeWillMakeYouSandwichesSOON one at a time. Hope you guys like wheat bread. pic.twitter.com/psX75Namnm” OMG ILY

Then there were some who suggested spiking the virtual snacks with unsavory additives.

I like how “Beliebers Shut Up and Make Directioners a sandwich” is trending. How much semen would you like, Directioners?

When rival fandoms wage war over anything and everything, a kind deed can go a long way, especially when in response to a stinging backhand of a trend. Kill ’em with kindness and all that.

In other Directioner/Belieber drama Wednesday, some users were slammed for apparently mocking Bieber and Avalanna Routh, a young Bieber fan with whom the singer had struck up a friendship before she passed away last year.

Everyone go block and report @gayforpayne for insulting justin and our princess in heaven avalanna. Rt if u did pic.twitter.com/4Mvd5CQW3C

DON’T DARE YOU TO TALK ABOUT AVALANNA, AND THIS IS WHY I DON’T LIKE SOME DIRECTIONERS. pic.twitter.com/fyBhiBu2XO

The first of those screenshots, at least, seems to have been doctored. There’s no display name above the handle, for one thing, and @gayforpayne has retweeted several people claiming the image was Photoshopped amid the waves of criticism sent his way. High drama in fandom on Twitter indeed.

Why can’t we all just get along?