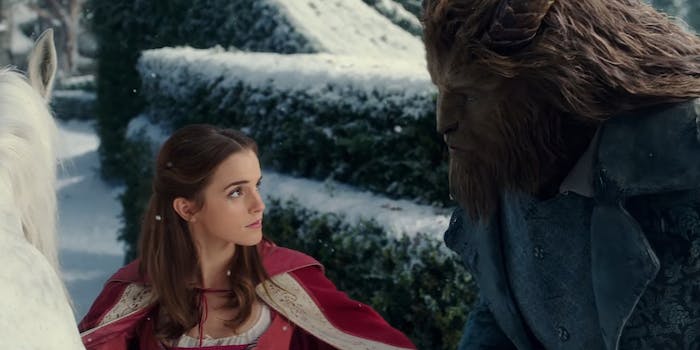 You can't help but sing along.

While the initial debut of Emma Watson’s vocals in the live-action Beauty and the Beast probably wasn’t quite what Disney planned, we’re finally getting a close-up look at one of her performances.

The latest Beauty and the Beast trailer dropped during the Golden Globe Awards Sunday night, and while we’ve already seen many of the scenes included in the 30-second clip, for the first time it’s accompanied by songs from the original film. We already heard “Something There” last month, but now we’re given a taste of “Belle (Reprise),” and it sounds and looks wonderful.

Beauty and the Beast opens March 17.