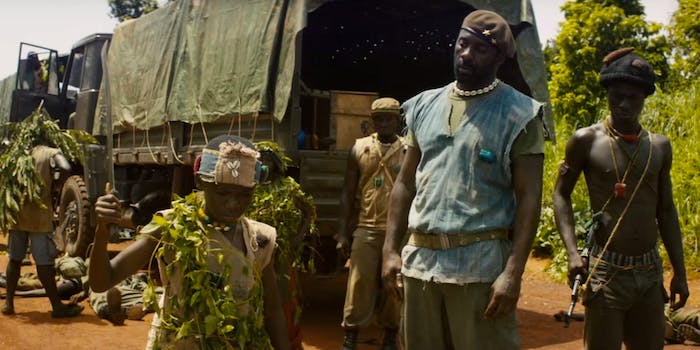 Netflix has released the first trailer for Beasts of No Nation, an original drama starring Idris Elba.

Directed by True Detective‘s Cary Fukunaga and adapted from Uzodinma Iweala’s book of the same name, Beasts of No Nation tells the story of Agu, a young African boy wrest away from his family and turned into a child soldier. Elba plays Commmandant, the one who thrusts Agu into that new life swiftly.

Netflix dropped a reported $12 million on the film, and if Fukunaga’s 2009 film Sin Nombre is any indication, Beasts will be just as stunning and heartbreaking.