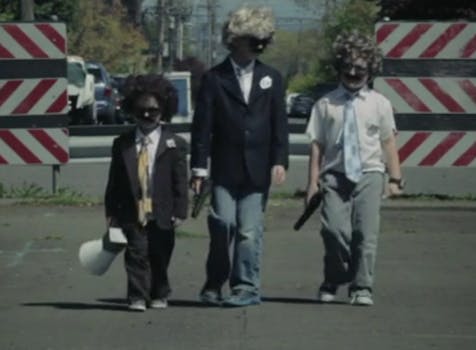 The adorable kids from the Sabotage Parody - MCA Tribute" are taking a family vacation—to the  Seattle International Film Festival.

To paraphrase “Sure Shot,” the MCA tribute kids: they can’t, they won’t, they don’t stop.

Thanks to the widespread popularity of “Sabotage Parody – MCA Tribute,” a 3:14 video that features James and Kjirsten Winters’s nephew and two kids reenacting the iconic music video for the Beastie Boys’ classic “Sabotage,” the family is hitting the film festival circuit.

On Sunday, the Winters accepted an invitation to appear at the Seattle International Film Festival, where the video will open for Brooklyn Brothers Beat the Best, a Ryan O’Nan film distributed through Oscilloscope Laboratories—the film and music publishing company founded by Adam “MCA” Yauch himself.

“We are all stoked!!” mother Kjirsten Winters wrote to the Daily Dot. “Kind of the ultimate honor.”

The family set up a Facebook page to help keep fans abreast of all kid-friendly Beastie Boys news, including showcase announcements, links to eMusic’s Beastie Boys page, and a “Behind the Scenes” video that’s more adorable than anything else you’ve seen today.